Mother Nature played quite a prank on us Saturday, which was the Vernal Equinox aka the first day of spring.   We got nine, or ten, or twelve inches of snow, depending on who in the neighborhood you asked and how many spots they measured before averaging the results to guess at the total snowfall.  It was a picture postcard snowy weekend

I spotted the first flakes around mid-morning as I was walking into the vet’s office.  Within half an hour I was driving home in blizzard conditions with a nervous, woozy, stitched-up dog who was recovering from an awkward mishap. We made it home safely and settled in for the duration.  Big flakes fluttered thickly down, then little flakes, then big again.  The snow continued through the morning and into the afternoon.  A delivery van got stuck in the driveway, and the Genius Husband used the tractor to pull it out. 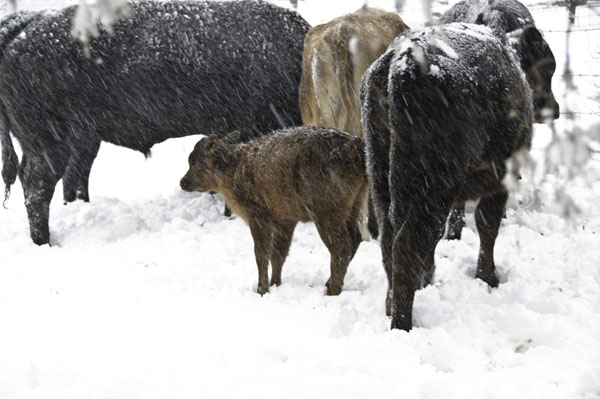 It was a wet, heavy snow that clung and chilled.  It piled up, ankle deep, then deeper.  The cattle weren’t pleased.  Little Cocoa was especially displeased.  She huddled between the big warm bodies of the grown cattle as much as she could. 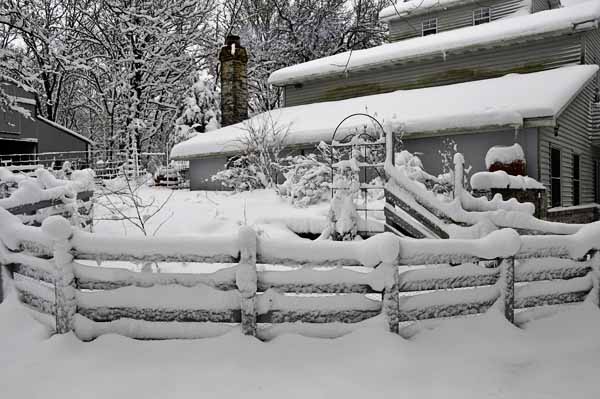 The snow finally stopped sometime in the middle of the night, and so did the wind. 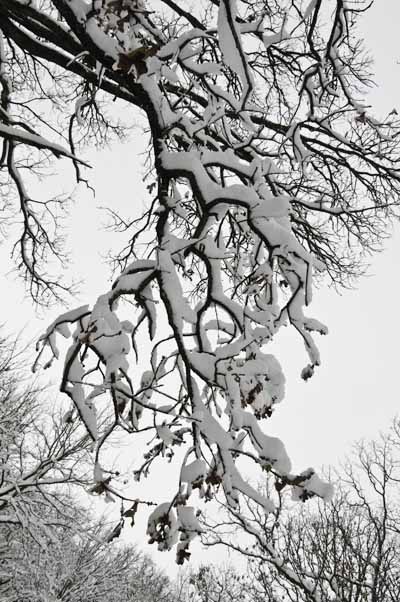 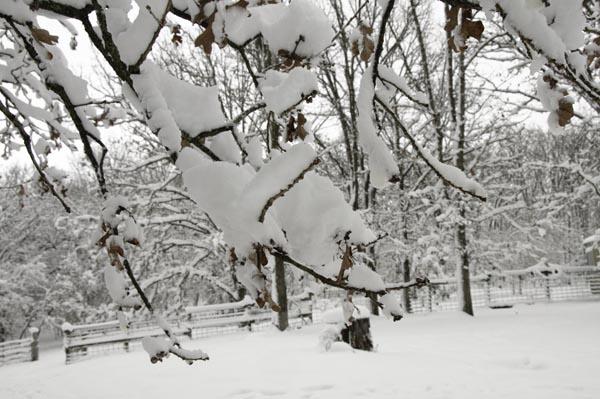 I don’t think I’ve ever seen snow piled so thickly in the branches. 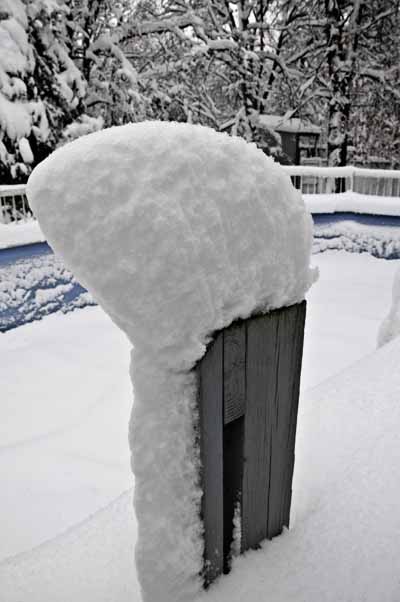 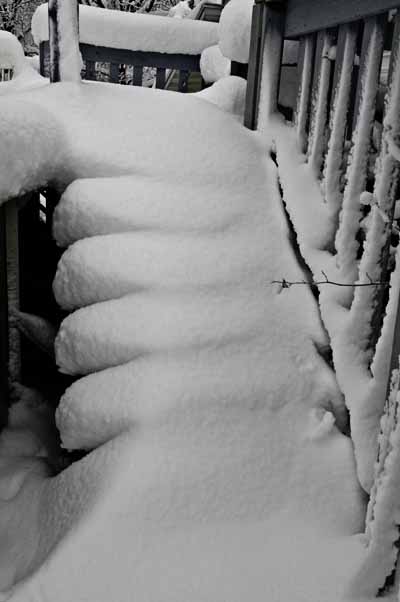 It wasn’t a good day for a cup of tea on the back porch. 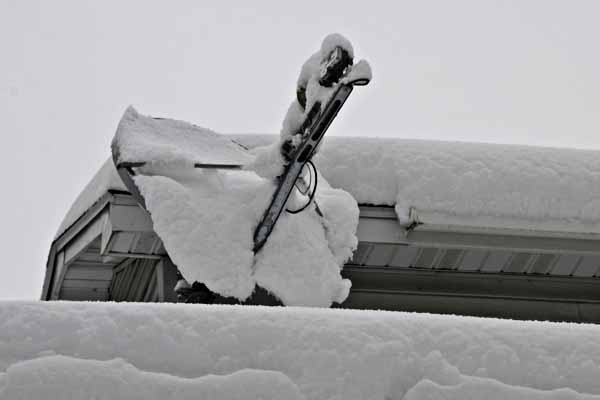 There was a bit of interference with our satellite internet service. 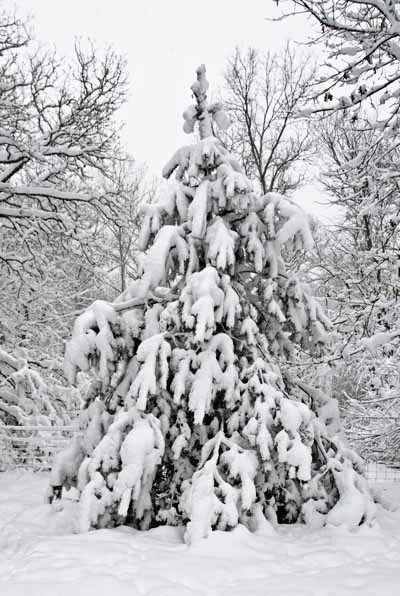 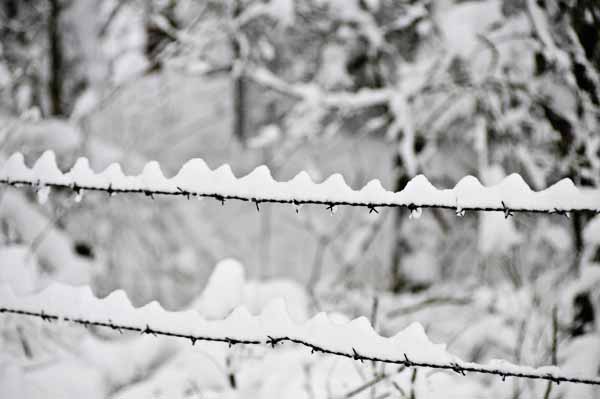 Who knew the blowing snow could form rick rack ruffles atop the barbed wire fences? 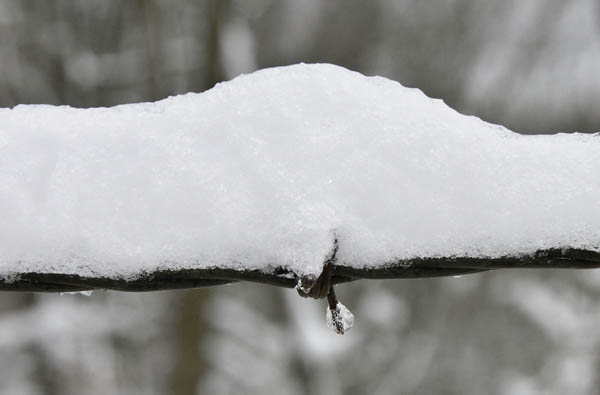 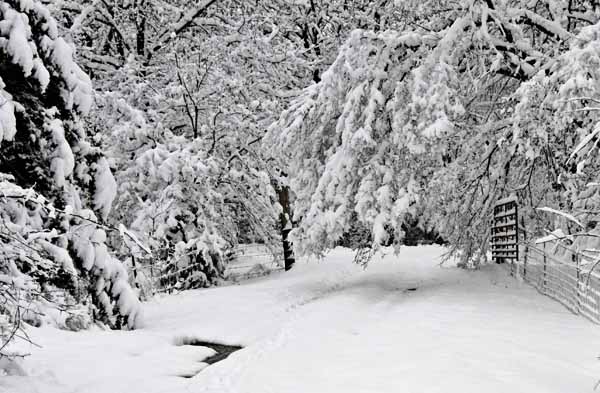 Sagging branches at the driveway gate . . . 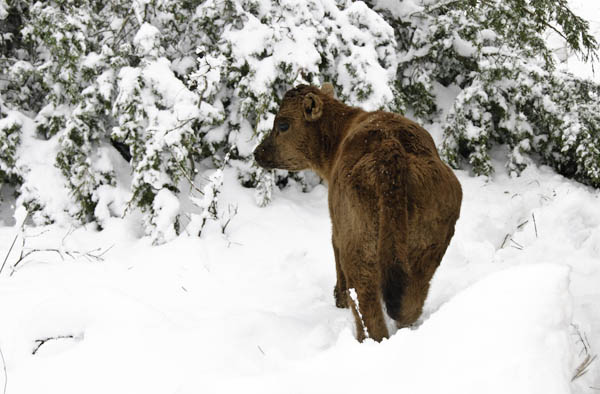 And poor little Cocoa . . . knee deep in the cold, wet stuff . . . alone for a few seconds on the trek toward the barn and the treats in the feed trough.