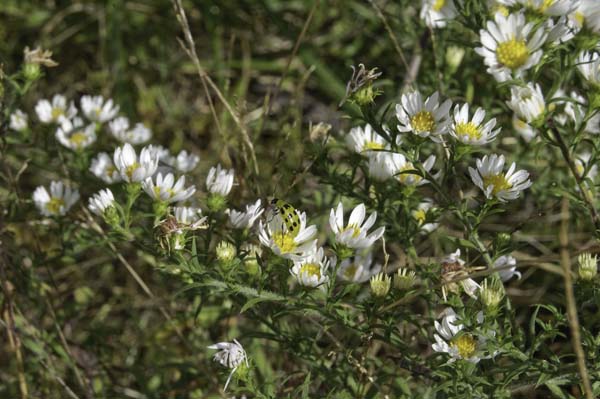 Autumn has been kind to the flowers this year.  The two light frosts thus far have barely nipped the tender plants in more exposed areas.  The first occurred near the average first frost date for the general area, but we hardly noticed it here on the farm.  Most of the farm is protected by sheltering belts of trees that ease the sharp bite of the wind.  Rock outcrops gather heat from the day’s sunshine and the tender plants nearby benefit from these warmer pockets as the heat radiates back into the air at night.  This particularly happy patch of White Heath Asters lives in the back pasture near such an outcrop.  I didn’t notice the cucumber beetle munching on the petals until I’d focused with the macro lens.  It flew away before I could do it seriously bodily harm.   (I have a long-standing grudge against the entire species.) 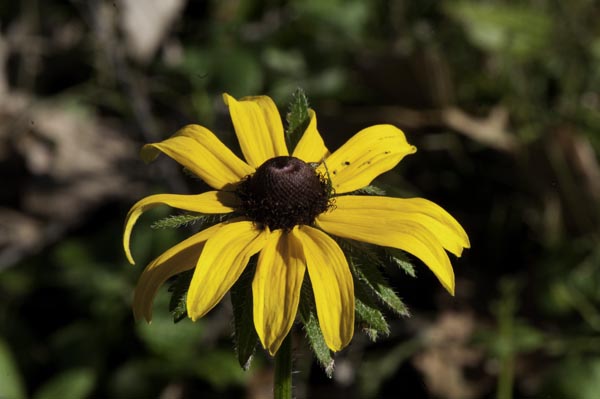 A few ragged Brown-eyed Susans still survive in the pastures.  The ones in the perennial garden by the house, such as the one above, look fresher.  I didn’t plant them there, but I’ve let those that sprouted from seeds carried by wind or whatever continue to grow.  They’re not vigorous spreaders, but each year the numbers do grow. 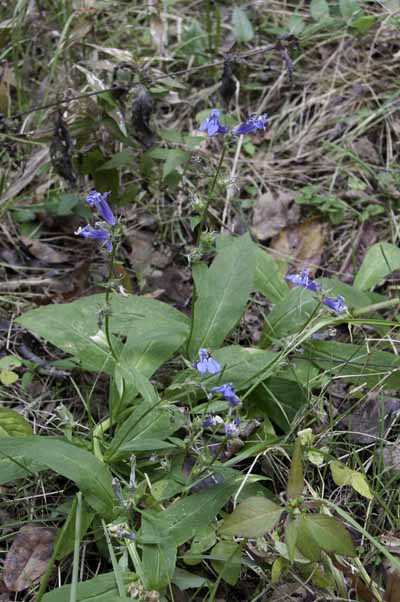 The vivid color of the last blooming tips of these Great Blue Lobelias caught my eye while I was out walking the dogs a few days ago. Earlier this summer, we had great drifts of them blooming at the bottom of the orchard where I was grazing the sheep in moveable pens. Each day, I’d pick the lobelias from the prescribed grazing area before I turned the sheep in. We had buckets full of them on the porch for nearly a month. 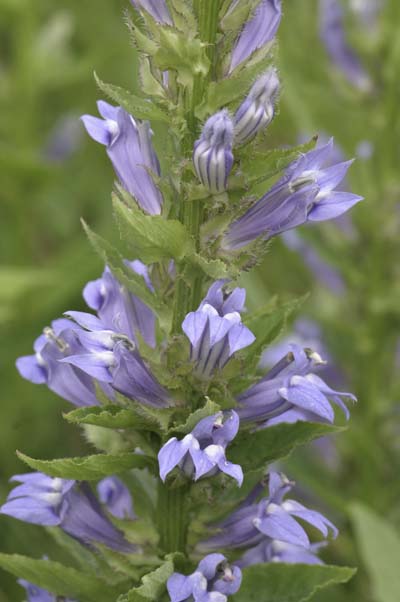 Here’s a close-up taken a couple months ago from the same patch of lobelias.  The colors seemed paler then, faded by the harsher sunlight. 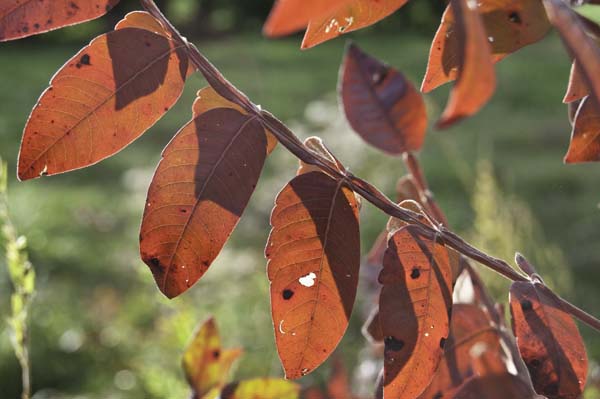 The sumac along the fencerow are looking a bit battered, but have held onto their leaves while the trees around them grew bare. 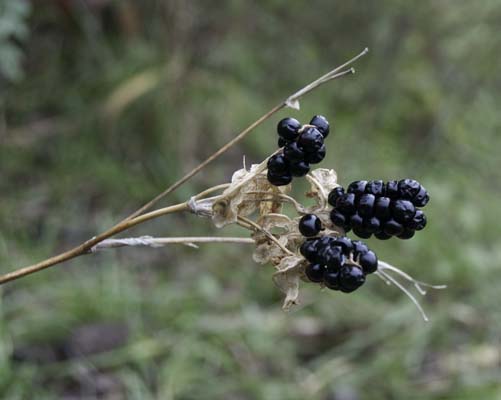 Not a bloom, but interesting none-the-less, these seed clusters are all that remains visible from a small patch of Blackberry lilies.  We’ve several scattered patches of these in the back 40.  Also known as Leopard Lily, the Blackberry Lily is an import from East Asia that’s naturalized in many parts of the Midwest.  It likely was a popular garden plant at some point in time, but I can’t remember ever seeing it for sale in a garden center.  (Maybe I don’t go to the right garden centers.) 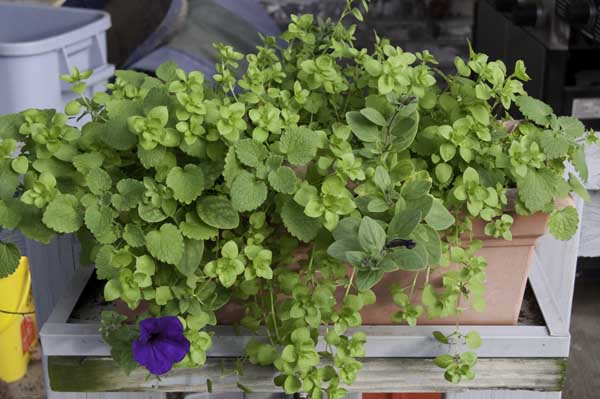 I thought the chickens had wiped out this windowbox planter months ago.  Somehow, a lone badly battered petunia plant survived, then revived in the fall rains.  Chickweed sprouted, and another weed I can’t name, and they filled the pot.  We’ll harvest the chickweed in a few days to add to an omelet.  Or maybe I’ll make a chickweed foccacia.  Chickweed makes a tasty spinach substitute, and I do enjoy my edible weeds.