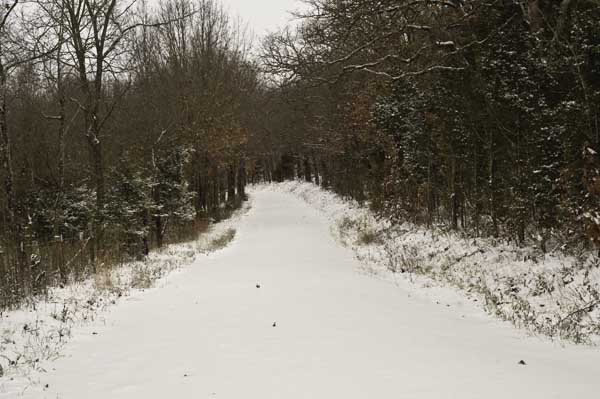 When the snow covers the ground in a deep blanket of white, my world narrows.   The occasional traffic on our narrow gravel road dwindles to none.  An entire day passes without a single set of wheel tracks disturbing the snow. 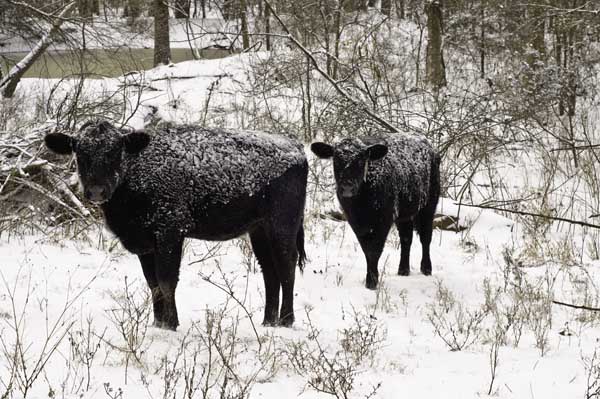 I could be snowbound here, trapped by the snow and the icy layer of frozen sleet beneath it.  That matters not.  There are more pressing responsibilities here for me.  The demands and delights of the outside world must wait until I’ve found the cattle and every other farm creature and assured that all are safe and fed.

Sometimes they’re all waiting for me when I step outside the door.  Sometimes I must search for them.  This time, on the morning after the heaviest snow, the cattle heard my calls and came to the barn on their own.  I don’t know where they shelter from such weather or if they shelter at all.  They looked like they simply bedded down with their noses tucked together and let the snow pile upon them.  If I were them, I’d have bedded down beneath the branches of the big cedar grove in the back forty and let the cedars bear the brunt of the snow.   Clearly the cattle don’t consider that a good spot.  I know because I’ve checked the cedar grove after many storms, and there never are any cattle tracks there . . . no tracks at all except for mice.  Maybe the cattle know something I don’t. 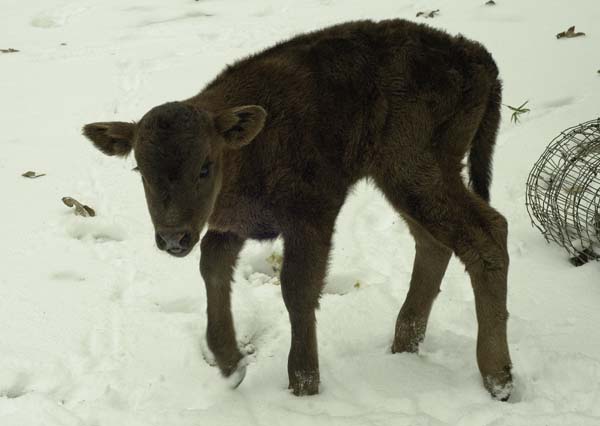 Cocoa, the preemie calf, stayed in the barn with her mama.  When I opened the door, Mama Rosie headed straight for the big bale of hay.  Because it was there, I suppose, and it hadn’t been there the day before.  Cows are like that, curious about everything. 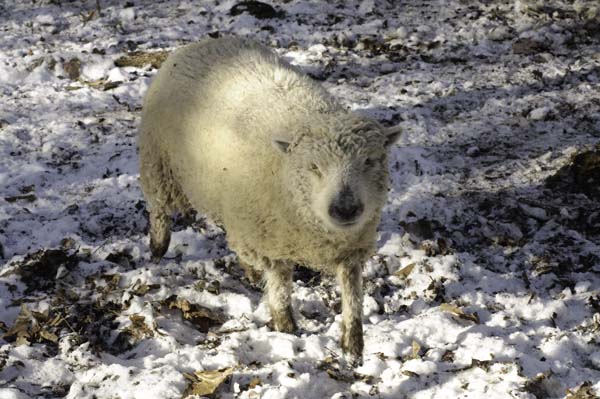 The sheep didn’t mind the snow, not even last year’s lambs, who had no real experience with the winter white stuff.  Yeah, snow, white, cold in the mouth.  Whatever.  Where’s the corn? 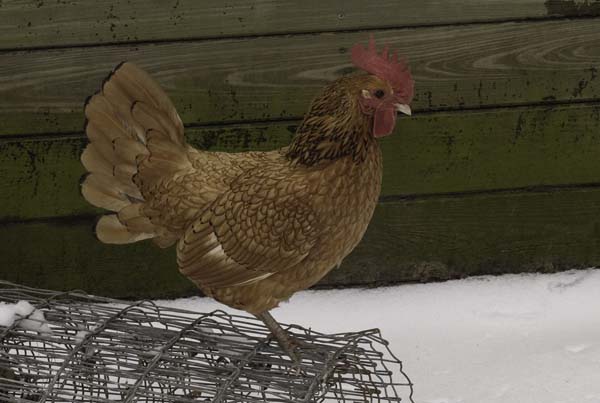 The chickens are more finicky, not having wool stockings to keep their legs warm.  They’ll climb onto anything to get their feet out of the snow.  Even a roll of cold metal wire.  Doesn’t seem like much of an improvement, does it? 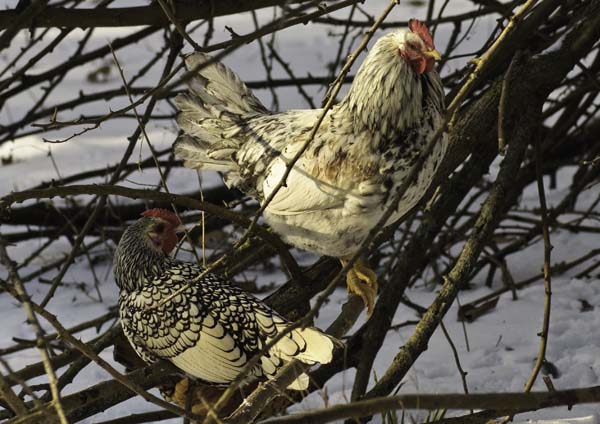 These banties found a better spot among the low branches of an Osage Orange tree that was damaged last winter in an ice storm.   The branches hang low in a tangle that seems conveniently made just for them.    Or, more likely, banties are the ultimate opportunists, taking whatever nature offers and making the best of it.   That’s not a bad way to live, come to think of it.