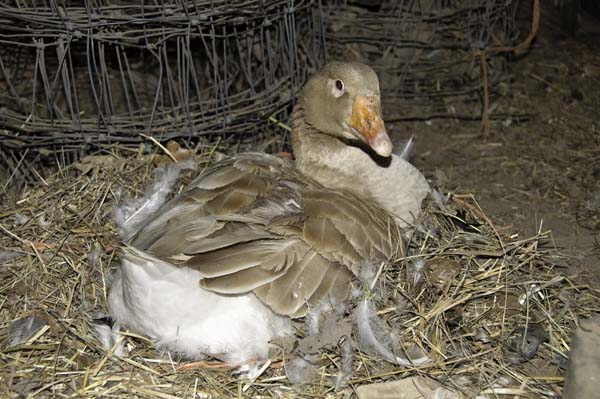 American Buff geese deserve their reputation as calm, gentle birds — except during nesting.   A Buff defending her nest can be ferocious.  With five Buffs on separate nests around the barn, there’s a lot of ferociousness to avoid.

If I remember to sing the goose song while working near a nest, there’s usually not a problem.  Sometimes I’m distracted, though.   Sometimes I get bitten, and that’s a pretty good reminder.  There’s nothing like a nasty pinch and twist from a goose — thus far I’ve just gotten warning nips, enough to get my attention but not enough to leave those welts.  I remember from my youth when I had to work now and then among geese with more fierce natures.

A little bite now and then keeps me singing.  The geese seem to find my soft goose-goose song comforting, which will seem odd to anyone who’s ever actually heard me sing.   You’d think they’d attack until I shut up, but I suppose the poor birds are tone deaf. 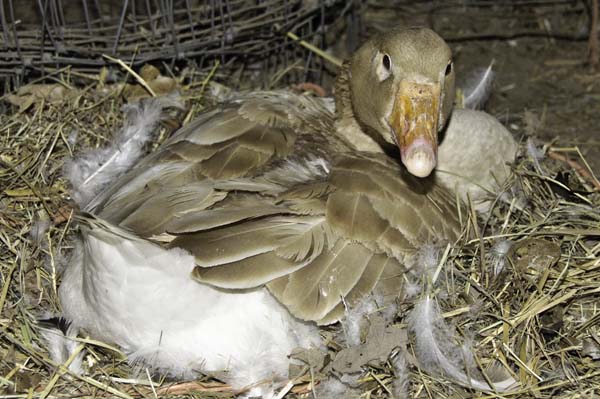 This sweet girl is barely a year old.  She was the first of five to settle into the nesting routine this year, and she’s by far the most nippy.  She picked a good spot near the back of an open shed.  It’s out of the main traffic path, but her friends can stop by for a chat on the way to the creek.

See how she focuses on whoever’s approaching. 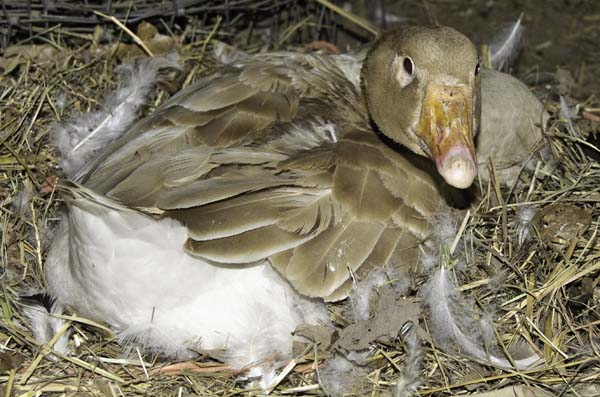 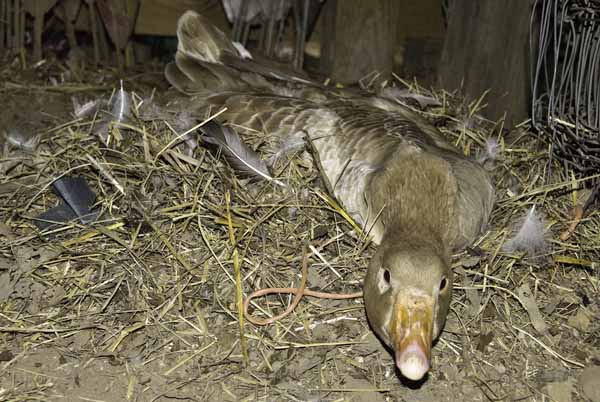 See how far she can reach without lifting her fluffy backside off those eggs. 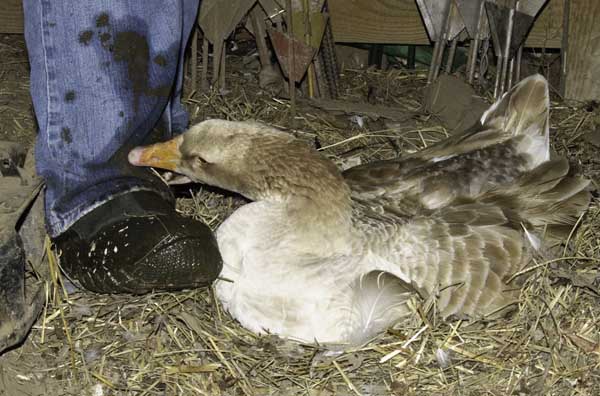 We call her Boot Biter for obvious reasons. 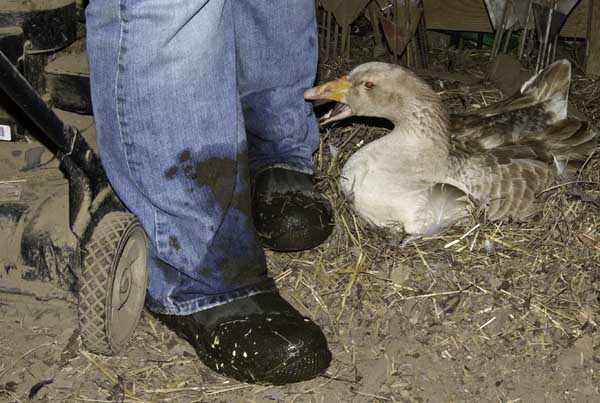 Don’t even think about trying to sneak by her without singing.  In fact, it’s better to just go the long way around.