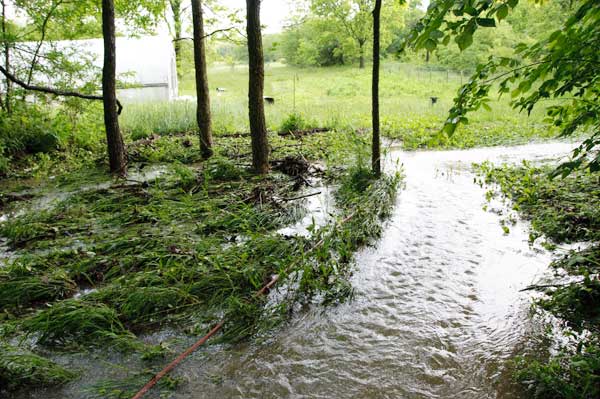 Mother Nature apparently thinks we haven’t had enough rain lately, so she sent us more.   Day two of the driveway flooding scoured knee-deep holes.  Another night-time storm brought more flash flooding.  This time the big garden was well swept, and floodwaters gushed into the greenhouse through an open door.   About half the potted seedlings are salvageable, though some are pretty battered.  Flats were swept through the rows.  Some flipped over, and some managed to stay upright.  Most of the plants that survived are missing labels.  Some are clearly recognizable.  Others are just peppers, tomatoes, lavender, and so forth.  I might be able to determine some of the varieties when they flower or bear fruit.  Some varieties are that distinctive, like Banana peppers, Melrose peppers, or Black Cherry tomatoes. 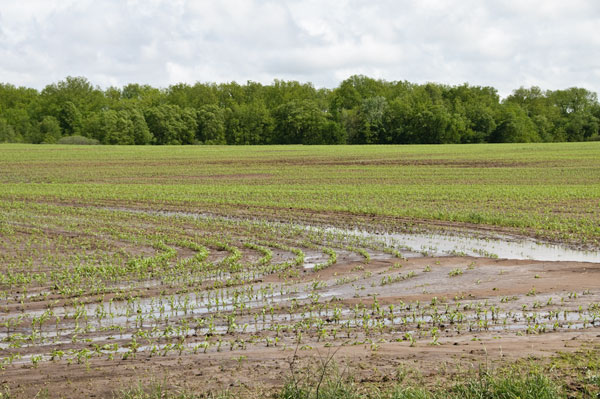 Despite the annoyances and extra cleanup and repair duties, I’m grateful the damage is relatively minor.  I grew up in a small town perched next to the Mississippi River,  and thus gained a very clear understanding of what havoc a really big flood can create.   And so, I gripe about the occasional flash flood here, yet remain grateful that the worst will pass quickly, and that in a few hours most of the water will have drained from the fields and roads. 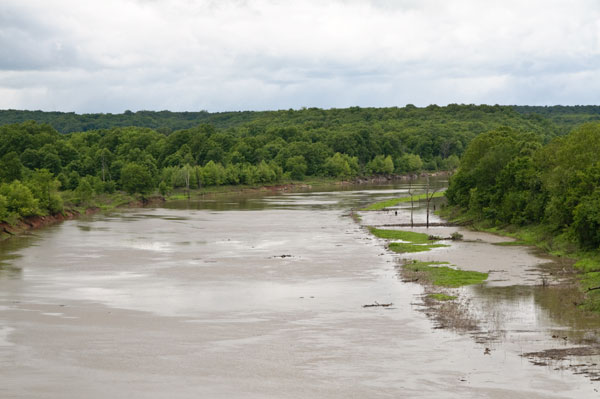 The rainwaters that swelled our tiny feeder creek will flow into larger creeks and eventually into the small rivers that drain this region.  Small, I realize, is a relative term, but remember that my perspective is warped by my early experiences next to the Mississippi. 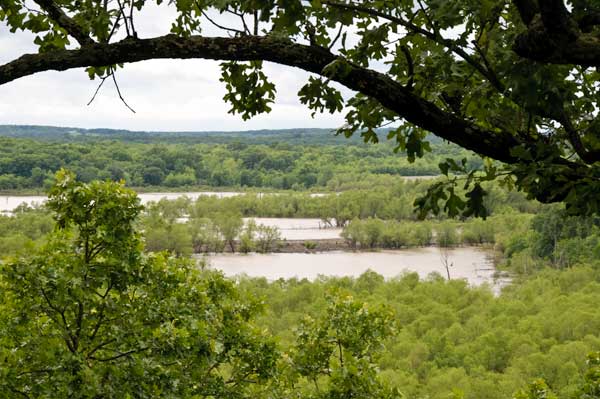 Where I grew up, flooded views such as this were common in spring.  It’s a sight that leaves me feeling oddly nostalgic.  I don’t miss the floods or the mosquitoes, or the stink of rotted vegetation and other dead things that filled the air when the waters finally receded.  I think it’s the people I knew then that I miss, and perhaps, too, I miss the energy of my youth when I was still exploring those woods and creeksides.

I know my knees miss being that young.