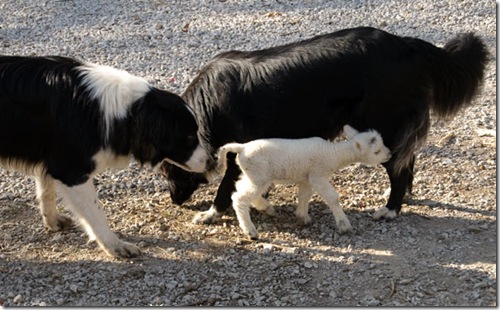 Tiny, the bottle lamb, took her first stroll outdoors late yesterday.  At first, she stayed close to Dinah, the black farmcollie who’s adopted her.  Dinah watched her like a nervous mama, too, and gently nudged her out the front door when I called them both from the porch.  They explored the porch, then followed me across the gravel.  Tiny tasted a few rocks, but didn’t like them much.  Freckles, the youngest farmcollie, stepped in to check out her behind and make sure it was clean.  My farmcollies do that a lot.  They always want to lick the babies, clean them up, and cuddle close to them.  Generally, livestock mamas object.  I can’t understand why.  Cleaning dirty baby butts was never my favorite part of motherhood. 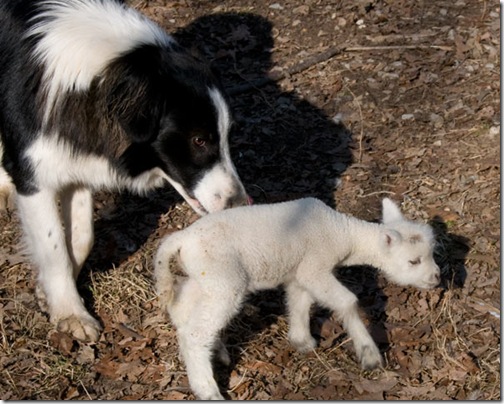 Dinah lets Freckles help with lamb care in the house sometimes, so he knew what to do when Dinah decided to take a break to go hunt moles in the orchard. 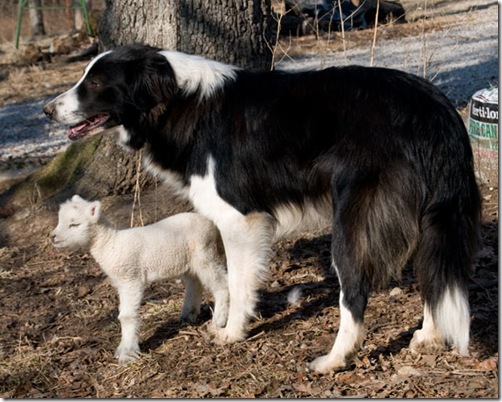 He’s teaching Tiny how to stand tall and be a good dog. 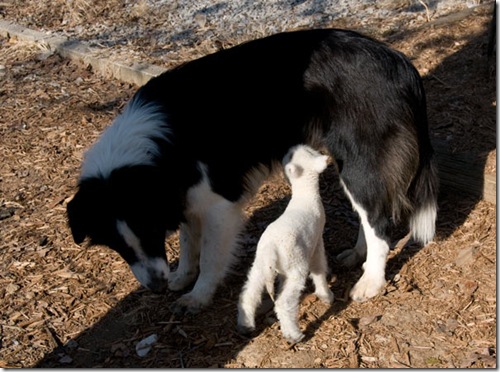 That was fun for a few minutes, but then Tiny started hunting for a snack.  She did spend that first night with her mama before the ewe rejected her, so she knows where to hunt for an udder full of milk.  Sort of. 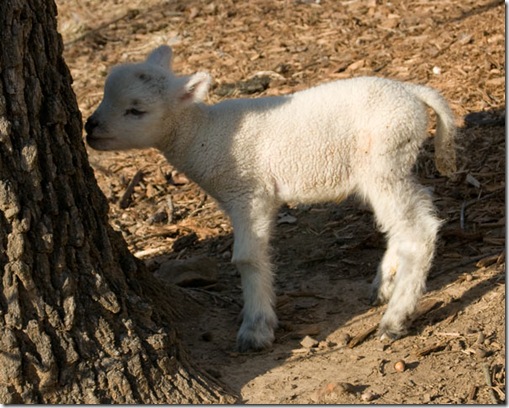 Freckles distracted her with this tree.  He sniffed it then backed away when Tiny checked it out. 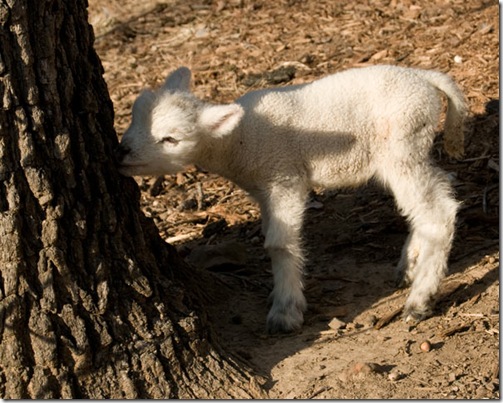 She tried a nibble. 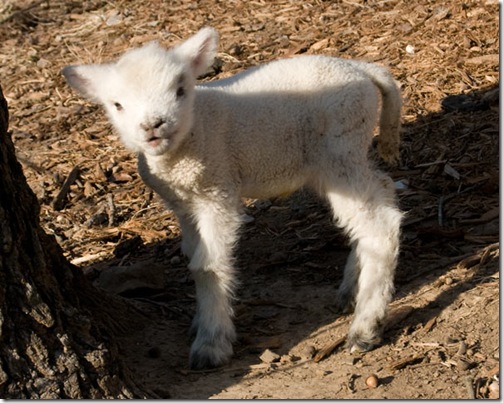 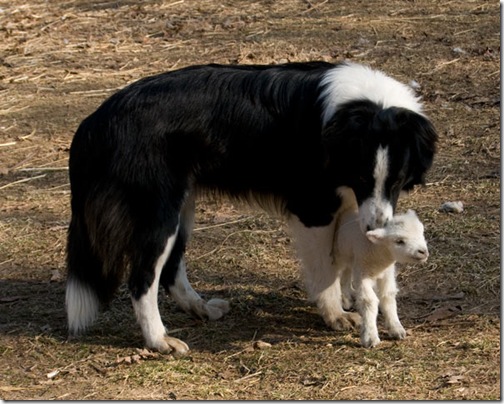 Tiny got a little dirty running around in the yard.  Then she wouldn’t stand still for Freckles’ licking.  So he held  her between his front legs.  Lucky Tiny.  He holds down the barn cat with his paw when he licks her.  The barn cat’s weird enough to like it. 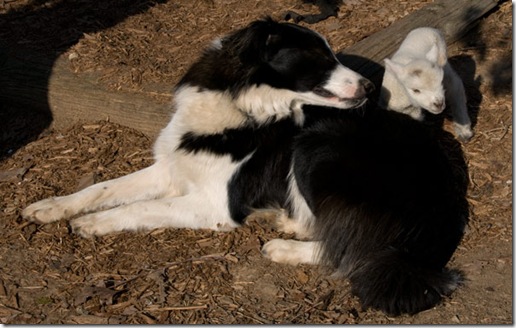 After a while, the warm sunshine worked its magic.  Freckles got sleepy and picked a spot for a nap.  Tiny wandered over and leaned close, looking tired, too.

That worked out well since it was time for her bottle. Tiny’s drinking a lamb formula purchased at the local feed store right now, but I’ll probably get some fresh goat milk from a neighbor for her.  Tiny’s eating well and growing, but the formula gives her diarrhea.  I had the same problem with goat kids on formula more often than not.   For bottle babies, I like to use a flutter valve nipple on an old pop bottle for the newborns or weak ones.  I prefer those nipples, even though they’re more expensive, because the metal bearing valve inside the nipple controls the milk flow, and the lambs (or goat kids) are less likely to choke.  Those nipples also are a lot closer to the size, shape, and texture of real sheep or goat nipples than the cheap versions.  That means it’s easier to train the little one to take the bottle. 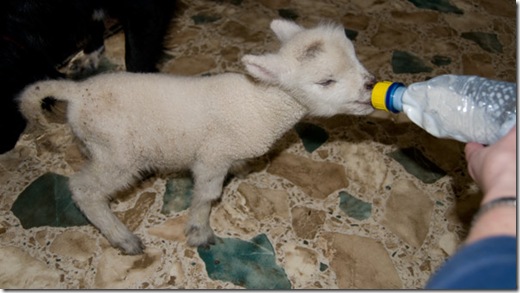 She really likes her bottle.  Look at her tail.  She wags it constantly, swishing it all around in a happy twirl while she’s drinking.  Sometimes, she’s so excited she can’t stand still, and her back legs wriggle too.