Much has happened in the last few weeks.  I’ll skip the detailed report and settle for the shorter, two-part summary.

First it snowed.  A lot.  (You knew that, but it bears repeating.)  Sure, our 6-8 inch accumulation doesn’t seem like so much to those of you living in the frozen north, but it’s a lot of snow for this locale.   It was pretty for a day or two, but local custom requires that polite civilized snow visit nicely for a few days, then it’s supposed to go away.  This snow stayed on long after it had worn out its welcome, and then it invited more snow to drop on by.  Then all the snow blew around in the wind and had wild parties every night. 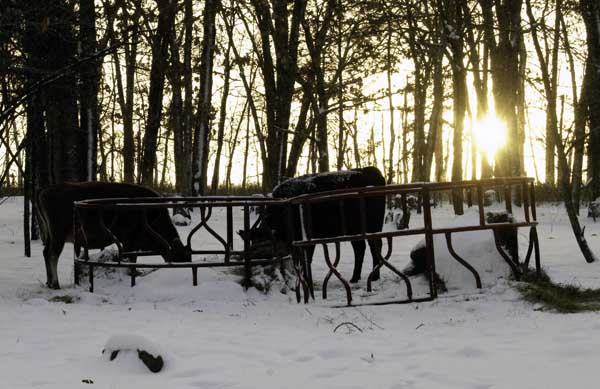 The cattle were tired of it, tired of getting up in the morning to find their breakfast buried beneath yet another fresh layer of snow. 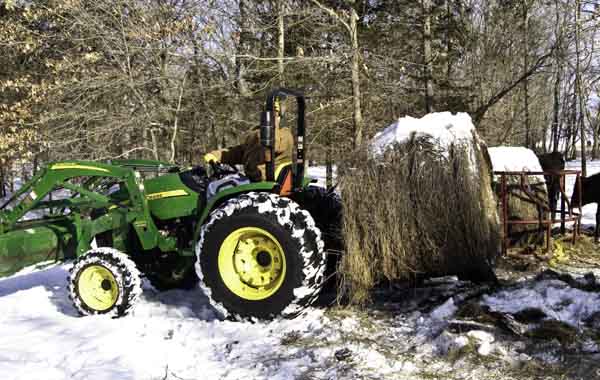 The farmer got tired of the snow, too.  Though he didn’t mind the excuse to do a bit of tractoring while he brought the cows some more hay for breakfast.  (Don’t tell me ‘tractor’ isn’t a verb.  Those guys who write dictionaries are just jealous because they don’t have a good excuse for tractoring.)

We got so tired of the snow that we took a vacation.  We drove to Alabama, where there was no snow, but everyone was cold anyway.   I sampled authentic local ‘coo-sine’ with cousin Marc, who’s lived in the area long enough to know where all the best places are, and then we caught up on family news and laughed about growing old.  He inherited Grandpa’s hairline.  I got Grandma’s nose and wrinkly neck.

For a couple days, the genius husband and I hung around with two of our grown kids.  We toured the cute bungalow our son’s now living in, and I resisted the urge to dig out the big rosemary bush growing beside his house and stuff it into the car trunk.  Rosemary! I took photos, but they all turned out blurry.  My hands must have been shaking too hard from the excitement.  Sorry.  You’ll have to trust me.  It was big.  It was beautiful.   I rubbed the leaves, sniffed, and then I got really giddy because it’s rosemary, growing outdoors in winter.  Of all things!  I then refused to wash my hands for the rest of the day . . . or at least until the next meal.   My daughter called me a dork.

Another day we watched the movie  Sherlock Holmes in a big new theater with the most comfortable seats I’ve ever experienced in a movie theater. The day after that I learned just how desperate my youngest child can be for her morning caffeine. 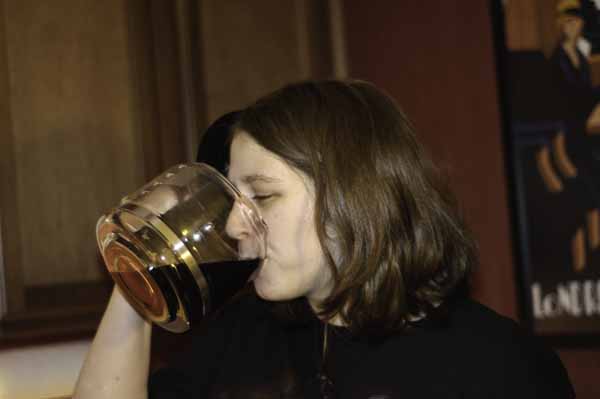 It was a sobering sight.

What with the coffee thing and all that time we were spending in the city, I was getting a bit stir crazy.   So the Genius Husband drove me to the mountains — a section of the southern Appalachians.  We searched for a couple of historic spots I’d read about, found one, and learned the other wasn’t really nearby after all.  We hiked for a while, wandering along a gurgling mountain stream for a couple hours, enjoying the fresh air.  The Genius Husband told everyone  later that I tried to shove him off a cliff.  He claims there’s proof. 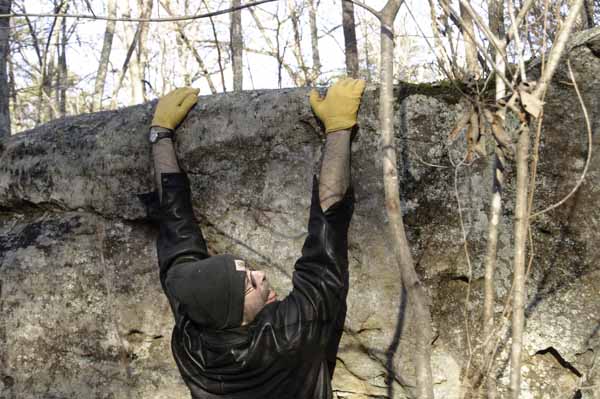 What do you think?

Reports from here and there