Blue, our old Aussie, joined us as an 8-week-old pup in September of 1997.   Born on a Kansas cattle farm, he was a cute, blue merle out of full-blooded working Australian Shepherd parents.   He had vivid blue eyes, which unfortunately faded to a pale, spooky blue-gray.  For nearly 13 years, he was a close companion and a reliable helpmate.  He died a week ago, apparently while out on patrol or perhaps in search of one the many big bones he had stashed around the place. 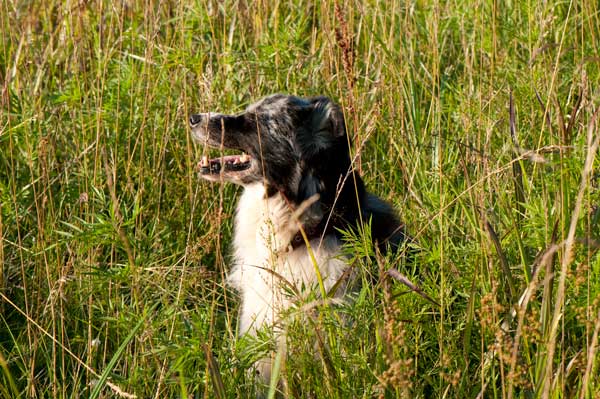 I’ve been kind of sad since. 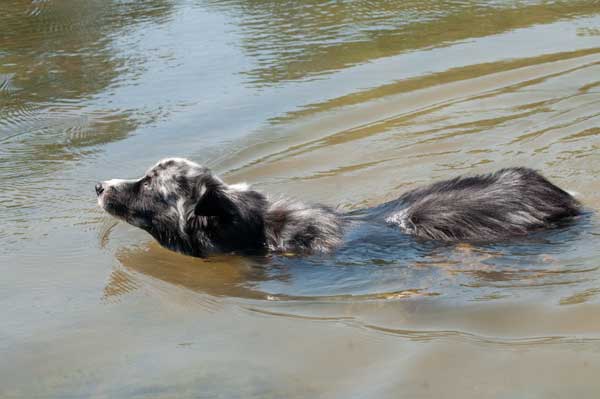 Even though he was just a silly old nearsighted dog who liked to play in the pond.

For years he was my constant daytime companion.  That started with the broken leg.   At age three months, he and my then 10-year-old daughter tripped one another while running downhill.  Both went rolling.  The child was fine, and the pup came up yipping and limping.   The vet put the leg in a cast and told me to keep him still and quiet, and keep that cast dry.

Seriously?  Have you ever tried to keep a 3-month-old Aussie still?

I made a waterproof cover for the cast with a velcro closure and an elastic sling to hold it on.    I took that pup everywhere with me for the duration — errands, the feed store, even the library although he waited outside under a tree so as not to break library rules requiring patrons to wear a shirt and shoes.  With constant supervision, I managed to follow the vet’s recommendation.     By the time the cast came off, Blue was used to being with me, and I was used to his company.

He sired a litter of pups when he was young, before his nearsightedness became apparent.  None of the pups inherited that condition, but we had him fixed anyway, just in case there was a genetic component to the flaw.   Despite his poor eyesight, he usually found ways to make himself useful.   As we added a second dog, then a third, he switched from a leadership role to that of cleanup guy.  He’d let the other dogs do the real herding much of the time and wait by the gate to tease and trick the stubborn ones into chasing him to wherever it was I wanted them all to go.   He also showed great valor in the face of wandering skunks and twice guarded our retreat when we stumbled upon cranky ones, taking a shot for the team each time.  The subsequent baths were tolerated with less dignity, but that may have been due to the soapy horns I kept making in his fur. 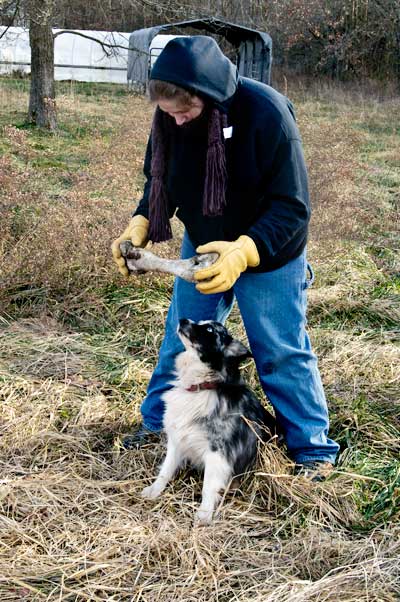 He wasn’t the perfect companion.   In fact, he could be a real idiot.  He barked at every doorbell that rang on television and had to be convinced there were no real visitors to greet.  He went wild over fireworks, real or televised.  I confess that in some of my less mature moments, I’d push ‘replay’ just to watch him repeat his silly antics.

In recent years, his eyesight grew worse.  He started having trouble finding his bones sometimes.  He’d blunder through the chicken flock when we were moving the birds and would only realize his error when the birds scattered.  We had to teach him to work differently, and we had to remember to tell him where to stand or guard or do whatever job we dreamed up for him so he could still be useful.

The daughter who’d tripped with him all those years ago started taking time most days to help him find and move his bones.  Got-Your-Bone was the game of the day, and he relished it.  The other dogs, recognizing his increasing frailty, played along gently. 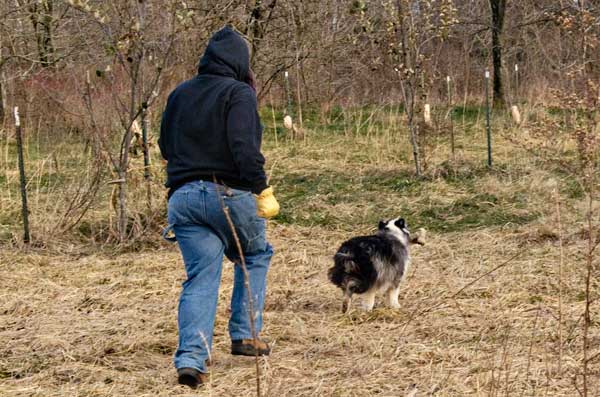 Time passed.  The game continued.  Sometimes one of the other dogs would move a bone, just for fun, then hang around a while to watch him search for it.  Dogs do have a sense of humor, it seems. 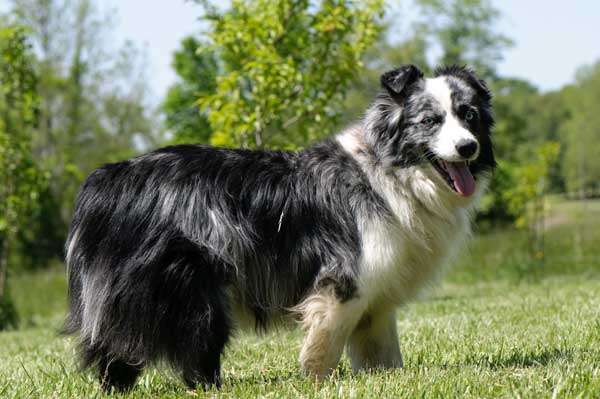 There are things I won’t miss.  The old dog farts.  The old dog breath.   Those strange dry dog turds he occasionally passed with gas.  To his credit he did manage to look embarrassed about them.

Blue was laid to rest in the back forty near the final resting place of the old ram and the last of our old goats, who’d been with us nearly as long as Blue.