The week before Thanksgiving, Rosie the pregnant Jersey cow exhibited symptoms that made us worry about  another premature birth. So we moved her to the barnyard where she could bask in the afternoon sunlight and spend her nights in the safety of the barn — and more importantly, where we could more easily monitor her progress and watch for signs of trouble. 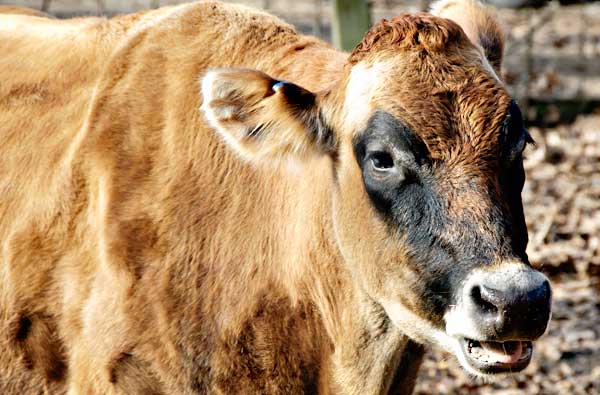 The weeks stretched by, and she grew restless, heavy, and tired of waiting, tired of the restrictions of the relatively small wooded lot where she spent her days.  She wanted to wander.  She wanted access to the back forty acres so she could find a quiet, hidden, out-of-the-way spot to give birth — like last year.

Not a good idea. 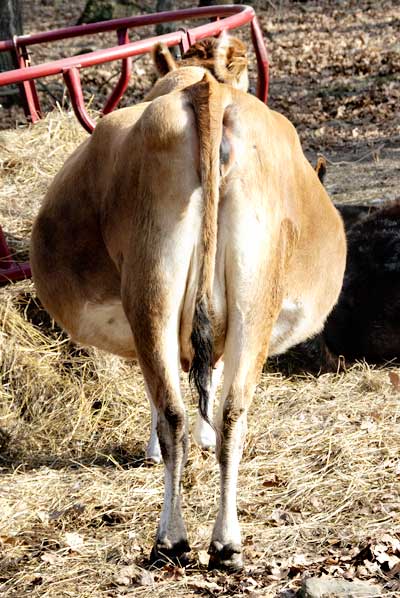 By Christmas she looked ready to explode, and her udder was beginning to fill out.  That was a welcome sign because it was further evidence that this pregnancy was progressing as it should.  Our worries about a repeat of last year’s problems eased, though the size of her made us wonder if she carried twins.  (It wouldn’t be the first time.)   Christmas passed, and New Year’s Day, too.   We waited and anxiously checked on Rosie throughout the day and at night, too. 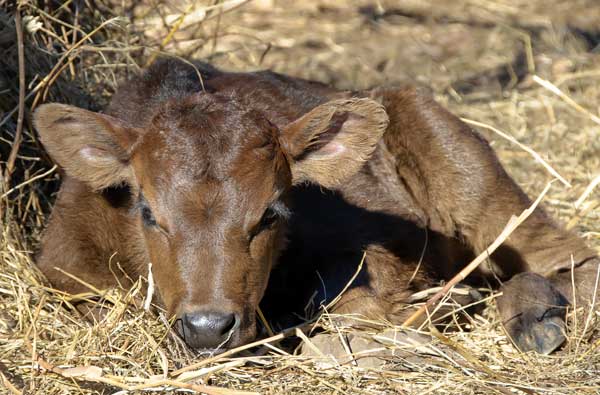 Finally, a week ago, Rosie gave birth to this healthy heifer calf.  We call her Baby, mainly because no other name has seemed right yet. 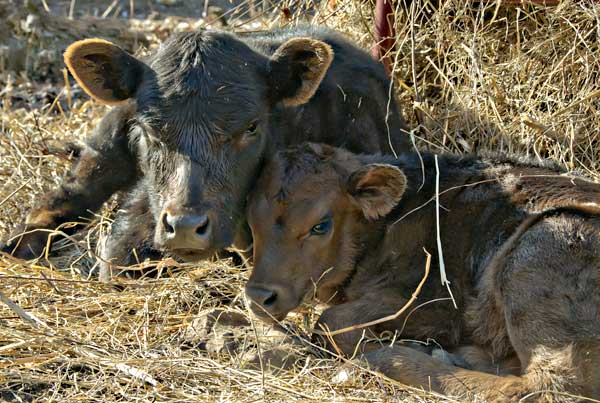 She looks tiny next to the last calf born here.   Rumpert, the sturdy four-month-old steer is learning to play gently with Baby, and he doesn’t mind laying close and serving as a windbreak during naptime. 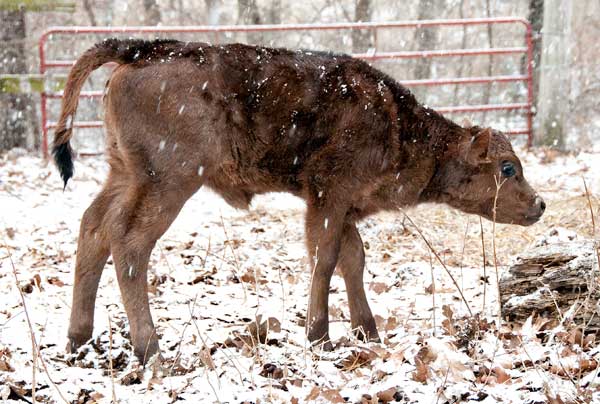 Yesterday, Baby had her first encounter with snow.  She liked it.  LOTS! 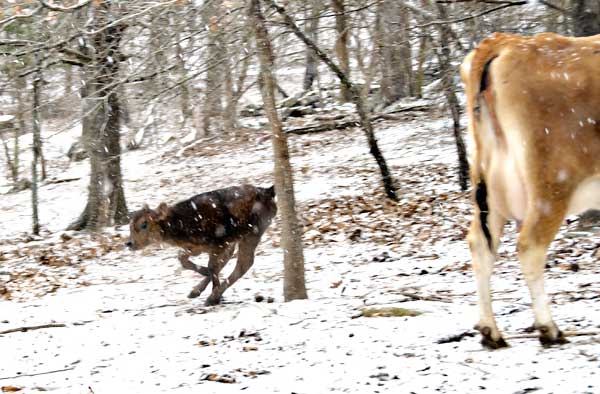 Running, racing between the trees, whirling and turning, zipping back and forth with surprising speed and agility for something so young, she defied Rosie’s attempts to keep her close and protected in the early morning snowstorm. 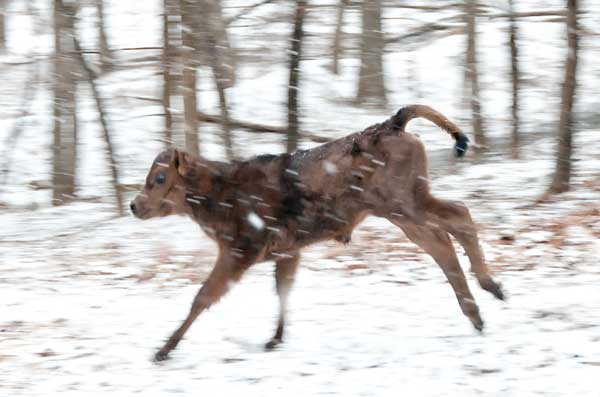 She bounced, hopped, and kicked up her heels.  My attempts to capture her joy, to focus the lens as she raced past me in the dim morning light, were feeble. 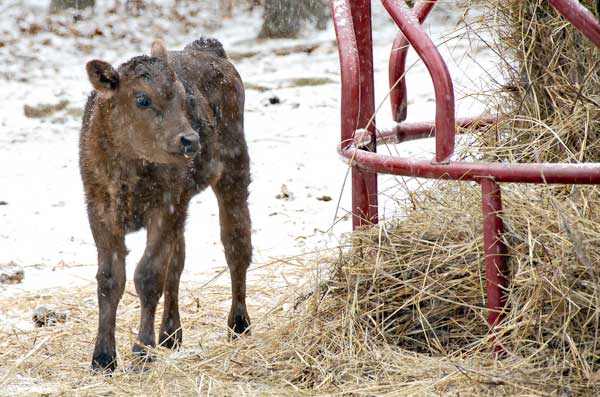 Eventually she paused.  Just for a few minutes.  Just long enough to recharge.