Frosty mornings are more the rule than the exception at last. It’s been an unusually arm fall here. That’s been nice, considering how much settling in I’ve left to do here at the farm. Today the projected high is 55 degrees F. I’ll be moving a dozen blueberry bushes from their heeled-in spot in the garden to their permanent places in the new orchard.

By the way, the puppy has a name. She’s Bebe aka Isabelle (slurred ‘It’s a belly’). She acquired the second name during a cuddle session at the lumber yard while we waited for pipe to be cut. Bebe Isabelle made new friends at the lumberyard, the service station, the park . . . and then there’s the deer hunter and his six-year-old son . . . . 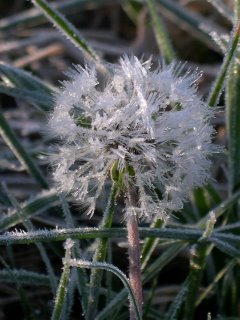