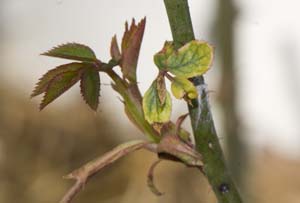 The roses began to leaf out on the north side of the house, and the wild ones in the woods did the same.  Daylilies and irises sent forth new shoots.  The chickens rejoiced . . . and ate the shoots.  The air felt warm.   It felt like spring.  And then came the snow, as predicted, as is usual this time of year when the only thing truly predictable about the weather is its variability. 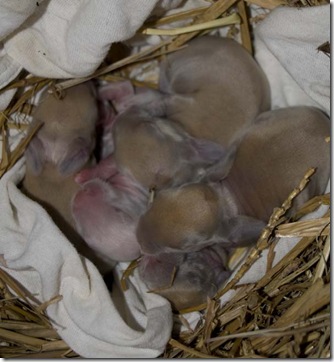 The mama rabbit missed the warnings in the forecast and gave birth in a nest not well-insulated against the sudden cold.  So I moved her and the kits indoors to a cage in the spare bathroom.    I hoped the roses weren’t nipped too badly.  I knew the daffodils blooming near my neighbor’s house would survive the cold snap, but suspected the blossoms might be damaged. 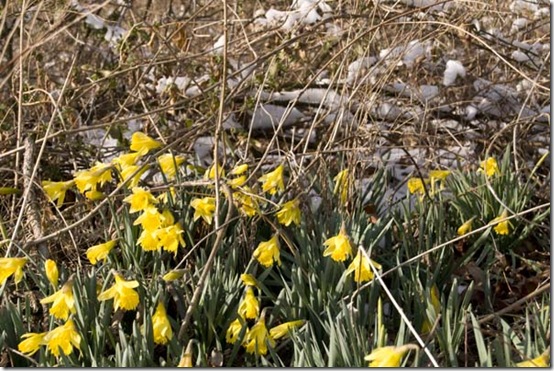 They weren’t, though.  They’re a tough, old type.  I see a lot of them growing around here, sometimes in farmhouse flower beds, sometimes scattered across a pasture with no house close by.  These daffodils on the corner, a bit down the road from my home, always bloom first.  They’re usually a week or two ahead of the other patches of the same variety in the area.  This patch benefits from a warm micro-climate on a sunny, south-facing embankment that’s sheltered from the north wind by a well-wooded hillside.  They were a cheery sight as I returned home from a long weekend away . . . where I was snowed in until Sunday. 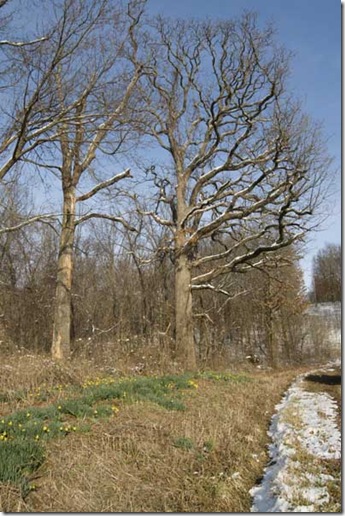 I love that strip of early spring along our road where the snow melts away first and the flowers bloom first.  As long as I don’t turn around and look at what’s waiting just beyond the curve. 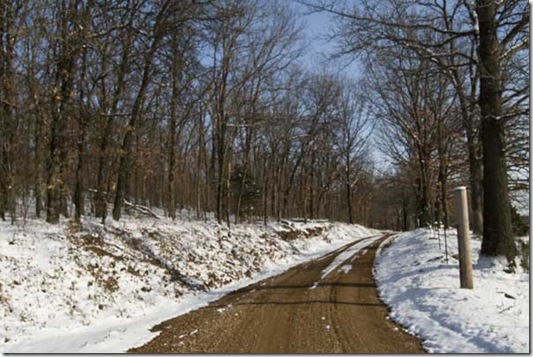 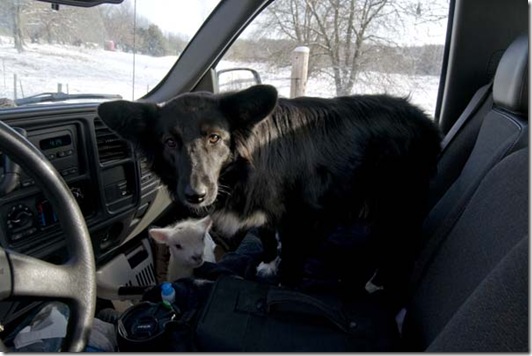 My traveling companions were getting restless about my flower observation stop.  Yes, that’s Tiny, the lamb, in the clothes basket on the floor of the passenger side of the truck.  She rode most of the way to and from the city, on a layer of blankets in that basket.  Dinah, the farmcollie, kept her company and licked her face when she got fussy.  Normally, I’d have left Tiny at the farm under the care of one of my usual farmsitters during my weekend away.  But Tiny’s feeding schedule didn’t mesh well with my farmsitter’s arrival and departure times, so she came with me instead. 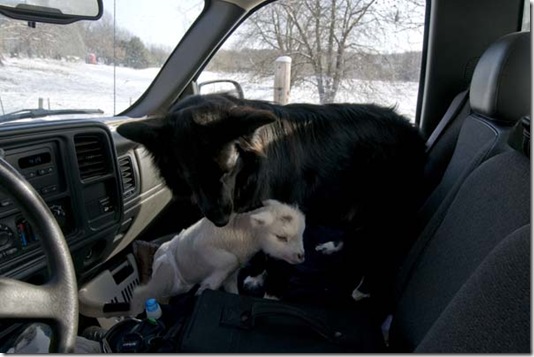 Dinah tried to convince Tiny to stay in the basket, but I guess Tiny got tired of waiting for me to stop gawking at the flowers. 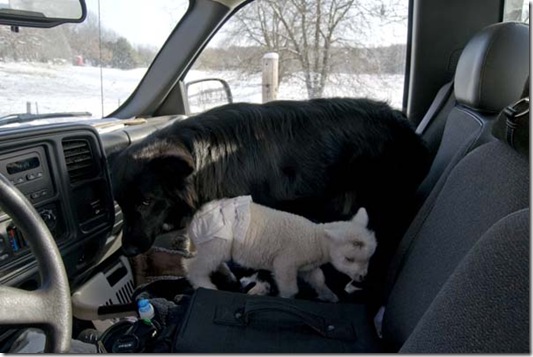 Yes, that’s a diaper on Tiny.  My daughter had a box of special doggie diapers on hand when I visited with Tiny.  I’d hate to have to keep a lamb diapered full time, but they’re handy for traveling in the truck cab.  My daughter also loaned me a couple of dog coats for Tiny’s use.  Years ago, when we raised goats and regularly raised bottle kids, I had special coats for the newborns who weren’t acclimated to the cold, for whatever reason.  Maybe I still have them, but I can’t find them.  So Tiny’s making do with hand-me-downs from Porche, the terrier.   More about that tomorrow.