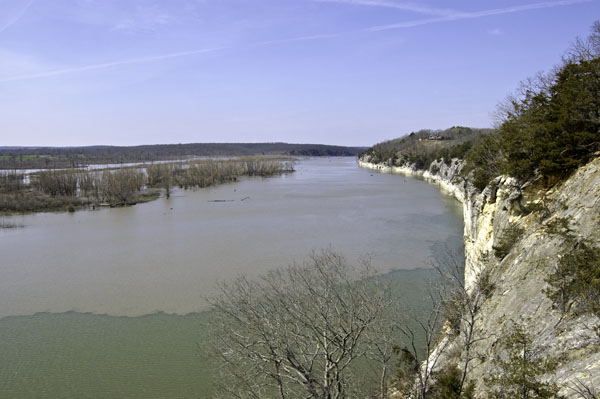 The passage of the seasons seems more dramatic in certain places.  One such place lies some ten miles up the road from the farm.  There, steps lead down the steep slope to a cliff’s edge.    I stop there often and follow the cliff path down to a stone bench set into the wall.  From there,  I’ve watched flocks of gulls play and hawks soar.  Below, there may be herons fishing at water’s edge or boats with fishermen floating past.  The photo above was taken eleven months ago, when spring floods swelled the Osage River so that it overflowed its banks. 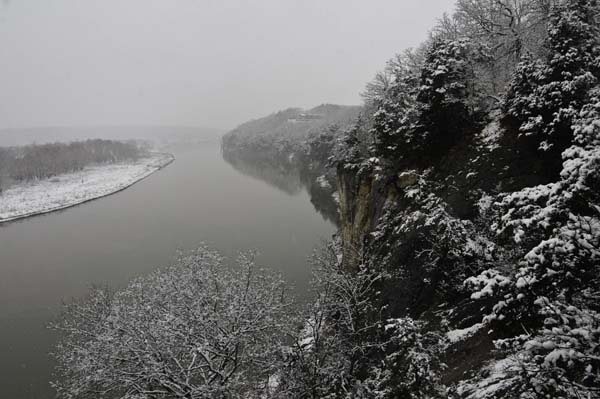 This was shot in February during a gentle snowfall. 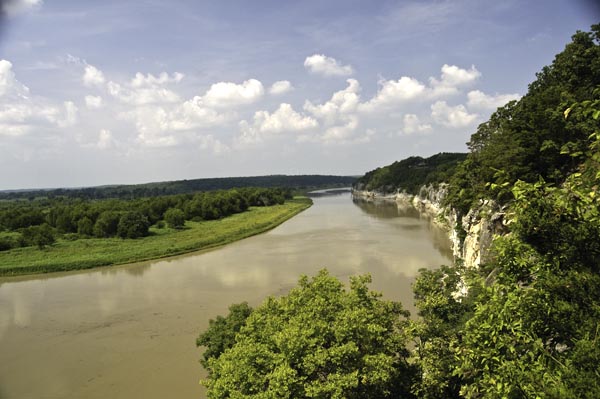 And this photo was taken in September when the haze from summer’s heat had passed, but the land still looked lush and green.

I have other places I observe and photograph through the seasons, but this remains one of my favorites.  Everyone should have such a place, don’t you think?