Sometimes when the kitchen’s hot, and the stove is dead, and the cat nibbled on the pork shoulder roast that was thawing . . . and the houseguests still expect to be fed . . . well, there are choices.  Eat out or improvise?

When you live in the middle of nowhere, it’s usually easier to improvise.   First, I started a batch of rice in the rice cooker — and trust me, a rice cooker is probably the best kitchen appliance ever invented.  With the exception of the electric skillet.

We’ll get to that skillet in a minute. 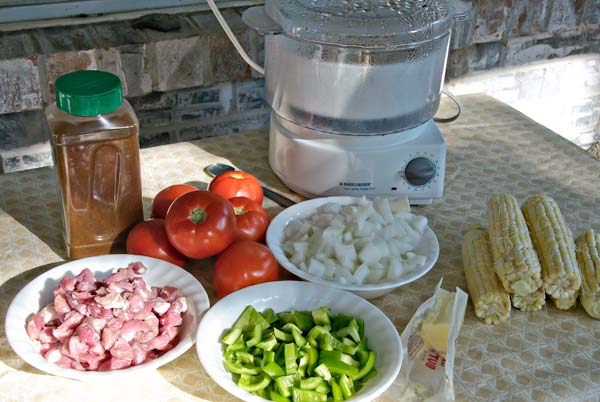 I trimmed away the portions of the roast that had been nibbled upon, then deboned it, trimmed away most of the fat and connective tissue, then cut it into bite sized pieces.  Then I looked through the fridge and decided I had the right ingredients on hand for a Southwest style skillet dinner.  I chopped some onions and green peppers purchased that morning at the farmer’s market.  I quickly husked a bag of sweet corn — also from the farmer’s market, and grabbed some tomatoes.  Since I wasn’t sure how many of them I’d need, I brought them all out to the table on the porch where the rice already was cooking.

Now it’s time to talk about that skillet.  For nearly 20 years, I’ve used a stainless steel Farberware skillet I got on clearance at a warehouse shopping club.  I love that skillet, and when the stove stops working, I love it even more.

To salvage the pork roast dinner, I set up the skillet on the porch table by the rice cooker.  I started by cooking the onions in butter.  Olive oil would have worked as well, but I really like butter and with everything that had gone wrong, I needed the comforting smell of butter sizzling in the skillet. 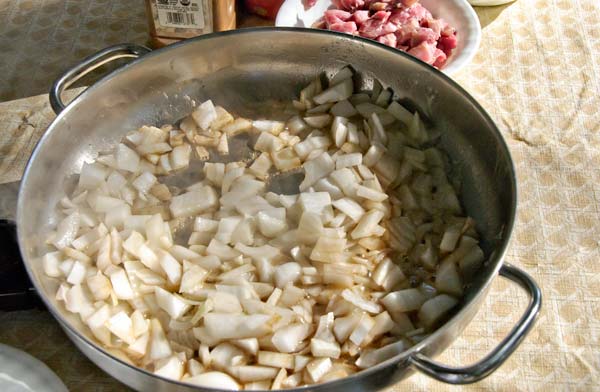 While my onions were cooking, I cut the corn off the cob and set the bowl of kernals aside.  I had plenty of time for that since I like my onions nicely browned and beginning to caramelize. 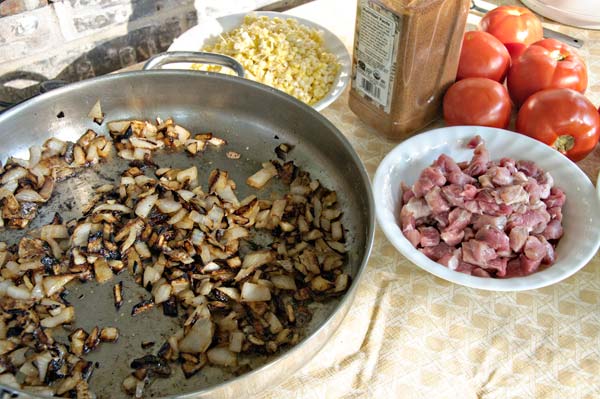 When the onions were sufficiently cooked, I added the meat and stir-fried until the pieces were mostly browned. 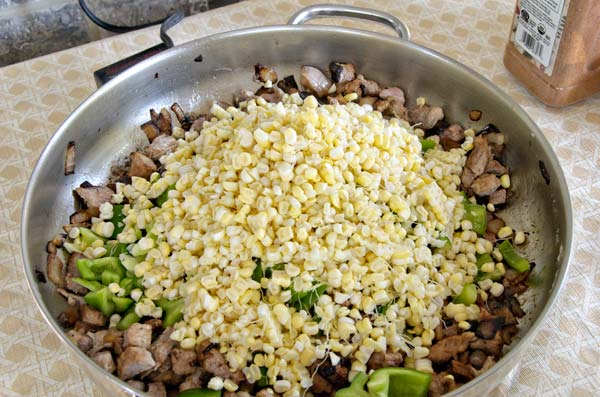 Next, I tossed in the peppers and corn.  I realized then that I’d missed a lot of the cornsilks when I cleaned and cut the corn.  That happens sometimes when I’m not wearing the right glasses, but it’s not a big deal.  Those bits of cornsilk will cook up into nothing in a while. 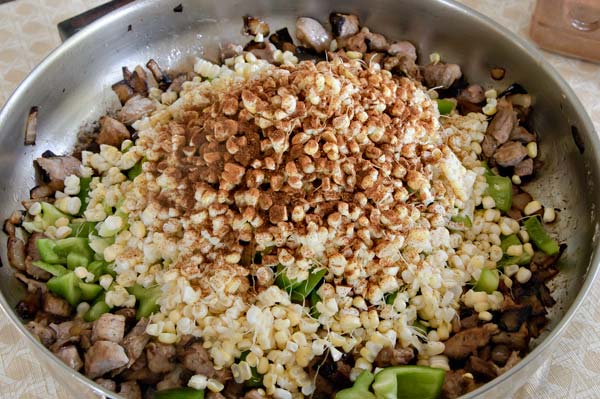 To spice things up, I added two teaspoons of my favorite chili powder.   That’s plenty for a lightweight like me.  Then I took a moment to admire the colors.  Pretty, aren’t they?  I’m ready to shop for yarn in those colors.  (Is it wrong to plan a sweater around the colors in your food?) 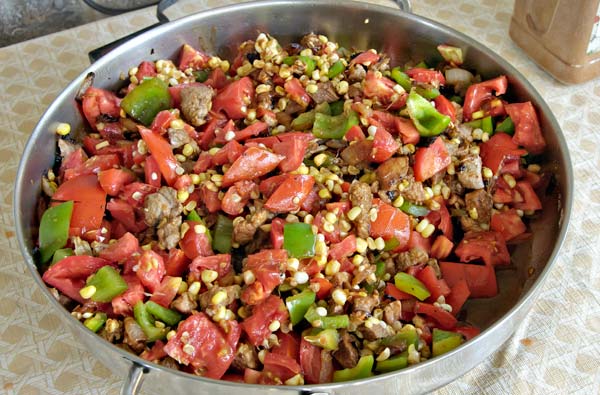 I added four chopped tomatoes, then stirred everything up.  Then added another chopped tomato so the proportions would come out right.   The next step?  Cover and simmer for 20 minutes.  Check now and then to make sure there’s enough liquid.  Since I used fairly meaty tomatoes, I needed to add about a cup of broth halfway through.  Tomato juice or water would do the job, too. 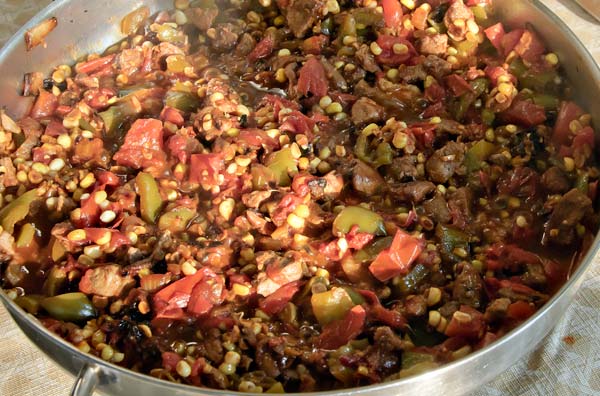 This is how it looks when it’s done.  The sunlight and shadow effect is the evening light on the porch, filtered through the trees. 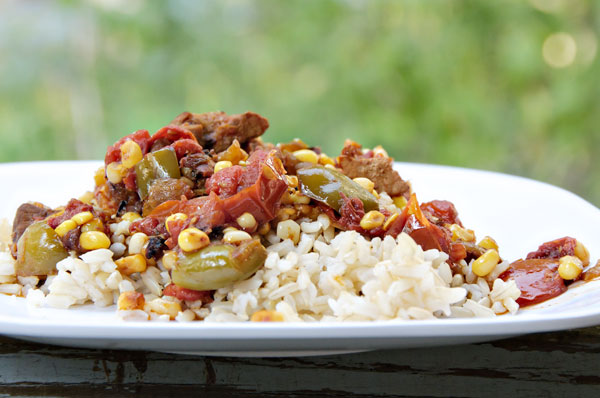 Served over rice, with or without a sprinkle of cheese, it’s kitchen improvisation at its best.