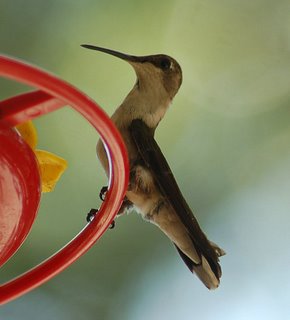 Last July, I spotted a hummingbird sipping nectar from flowers on the terrace garden, so I bought a feeder on my next trip to town. In time, I could identify five different hummingbirds that regularly visited the feeder. Hummingbirds aren’t as thick as ticks here, but they’re common enough. My neighbor’s feeder would be empty within an hour or two of refilling. We just got the overflow.

This summer, the original five returned with friends and family. They buzz through, buzz one another, bicker, chatter, and occasionally three or four will actually feed peacefully from their separate perches on a single feeder. They flit from branch to branch, and contrary to conventional ‘wisdom’, they do sit still now and then. They perch on the branch tips of the oaks, on the wrought iron plant hanger, and on the feeders. This one posed quite nicely, don’t you think? 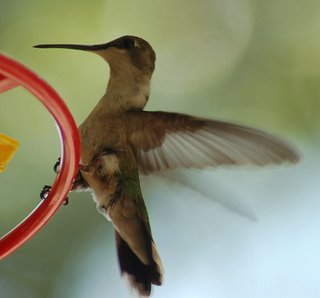 And again, landing on the perch for a snack a while later. 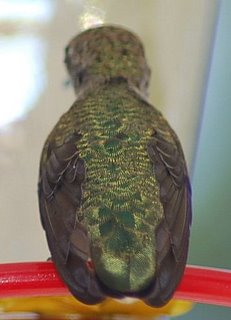 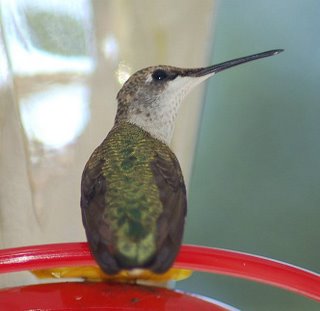 And a speckled throat.