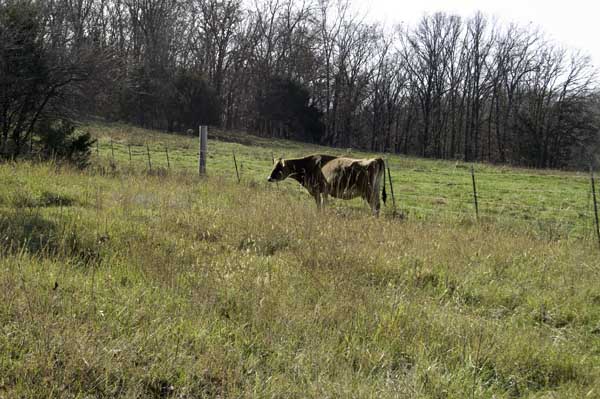 Alone, but apparently not lonely, our young Jersey cow Rosalie spends her days in the back 40, munching on grass.  Her only responsibility is to eat enough to maintain her ever rounding figure.  She’s doing very well at that.

Rosie’s also doing very well at being alone, which isn’t always the case with herd animals.  Rosie spent most of the last 11 months taking care of twins.   She let those greedy twins nurse for 10 months until I finally said enough was enough and let Rosie into the barn lot.   The cow needed a break.  She’s pregnant and due again in January, and it was past time for the milk to dry up so all Rosie’s energy could be redirected to her own health and that of the new calf.  The twins were heartbroken.  They bawled at the gate for a week.  Rosie pointedly ignored them. Apparently she thought enough was enough, too. 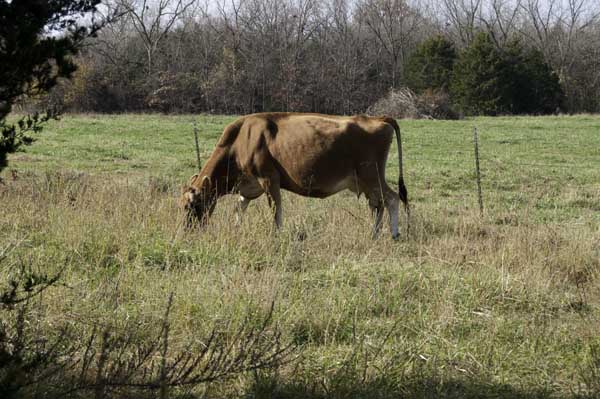 Rosie grazes in the back pasture in the afternoon sunshine.

Then one day, after I decided her milk was drying up nicely enough that she didn’t need such close watching, I opened the gate to the back pasture.  Rosie took off at a run, faster than one would expect a pregnant cow of that girth to move.  She stayed out there for days.  Not even her favorite mix of sweet molasses and grains could lure her back to the barn and the vicinity of her abandoned twins. 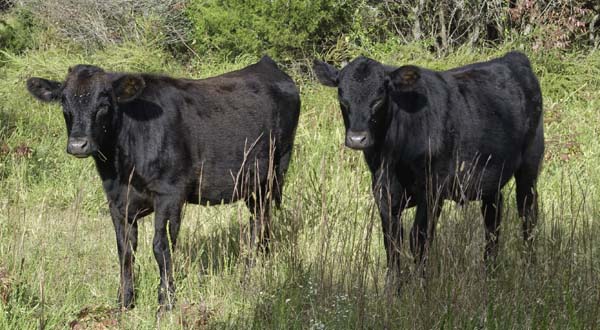 Having raised three children,  I can sympathize with the need for a little peace and quiet.   Still, I felt the need to check her udder for signs of mastitis and just to get my daily cow hug.  Rosie, you see, was our first calf born here on the farm, and I’ve handled her almost daily since her birth.  She’s used to me, and I’m ridiculously attached to her. 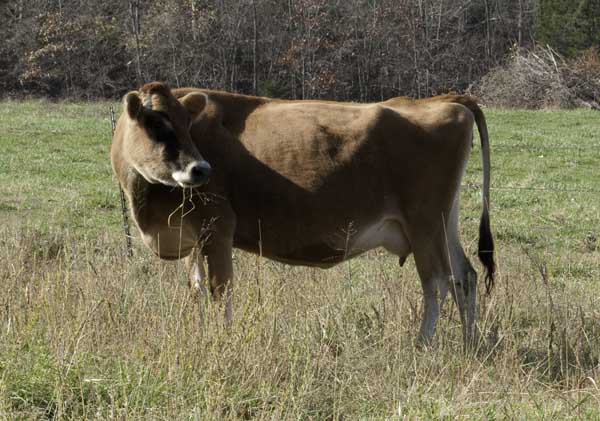 Rosie, however, is not so attached to me.  In fact, she’s become somewhat suspicious.  It’s as if she thinks I might make her go back to the front pasture to live with the other cattle and those two brat calves of hers.  So I have to slip up on her quietly.  That’s a little difficult most days since I’m stumbling across uneven ground with five dogs for company.  I usually make the dogs wait behind a rock or a bush, but sometimes they peek out, and she spots them. 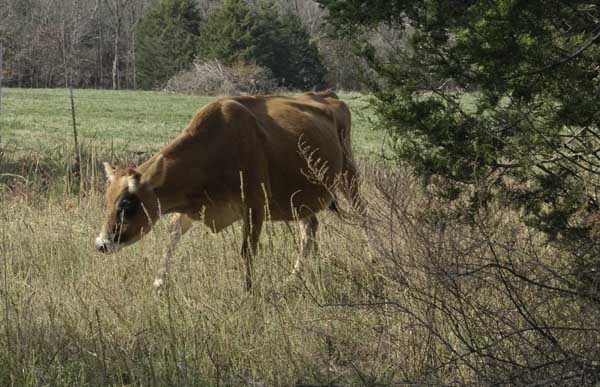 Since I use the dogs to help me move the cattle, it’s not unreasonable for her to think we might be coming to take her back.  Sometimes she just walks away.  Sometimes she runs.  Sometimes she heads into a thicket of cedars to hide.  Sometimes I sneak around the other way to surprise her. 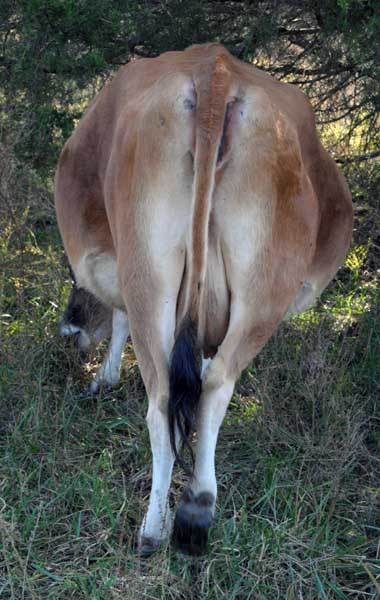 When that happens, she just stops and grabs a bite of grass.  It’s her way of telling me she’s there for the food, not hiding, not running away.  Nope, it’s nothing to do with me or the dogs.  Cows have their pride, too, you know.  Even big, fat, pregnant cows who will soon be as wide as they are tall. 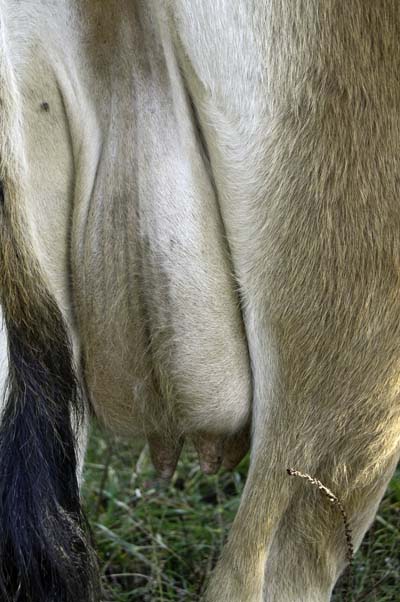 Not that I mind.  While she’s busy ignoring me, I can step up close for an udder check.  And the udder is looking good — a little dirty, but properly empty.  The rest of her is in good condition, too.  Sorry there’s no picture of the daily hug, but I need both hands to hug my Rosie properly and the dogs haven’t learned to use the camera yet.