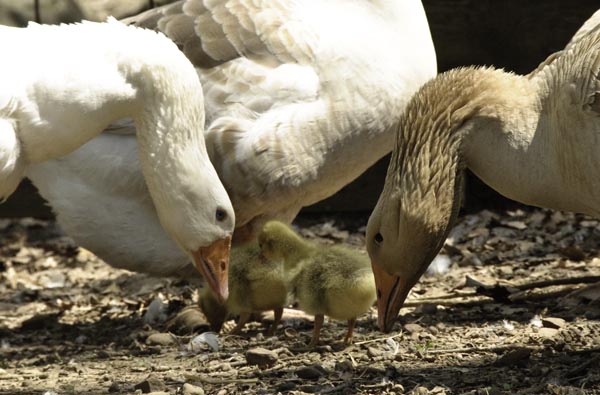 After a couple days in the nest, the adult geese finally decided that the three goslings were strong for a short stroll in the sunshine.   It apparently was a momentous occasion.  The entire flock participated, except for the two geese still setting other nests.  Each grown goose paid close attention to the little ones, guiding and encouraging them, and singing softly in a sweet, mothering tones. 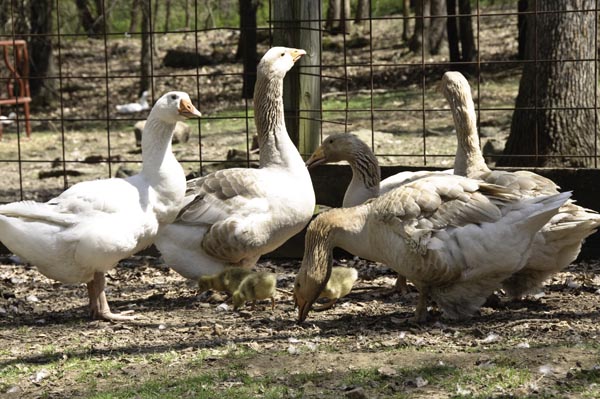 Never have three small goslings been so well guarded or gently loved. 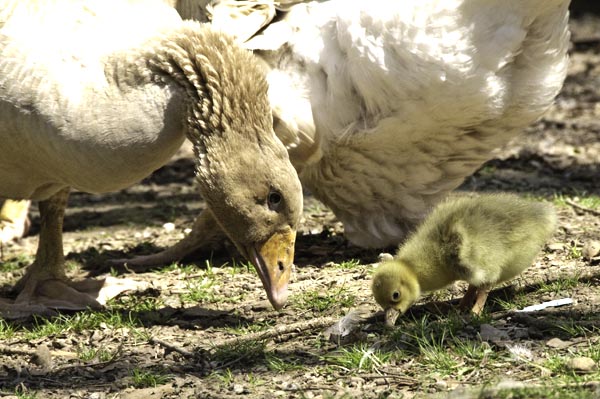 The goslings learned to eat grass. 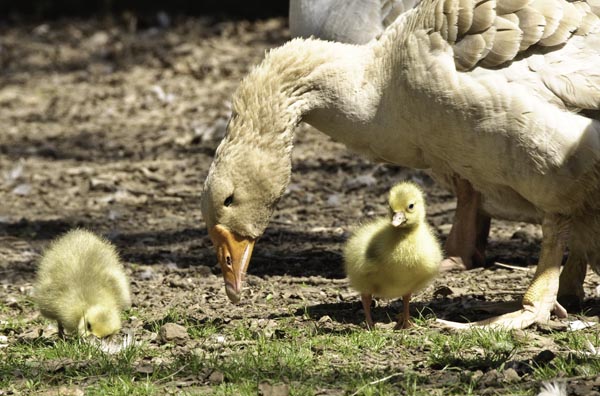 They wobbled in the sunshine and snuffled their tiny beaks in the dirt. 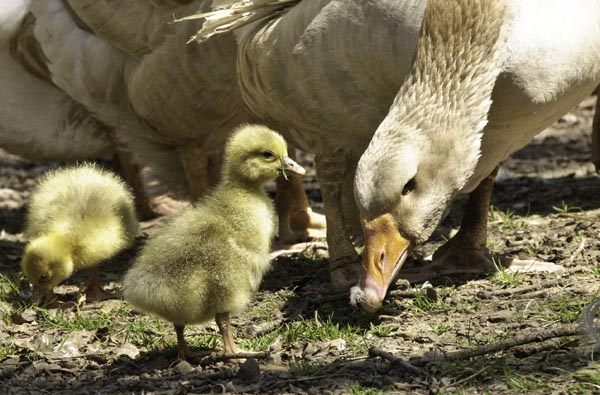 This one got its food on its face. 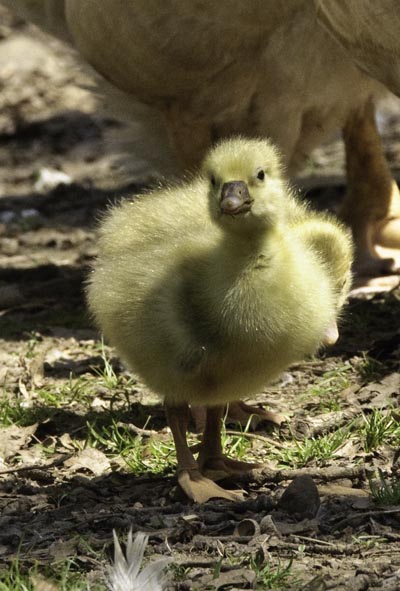 So what?  A little grass never hurt anyone. 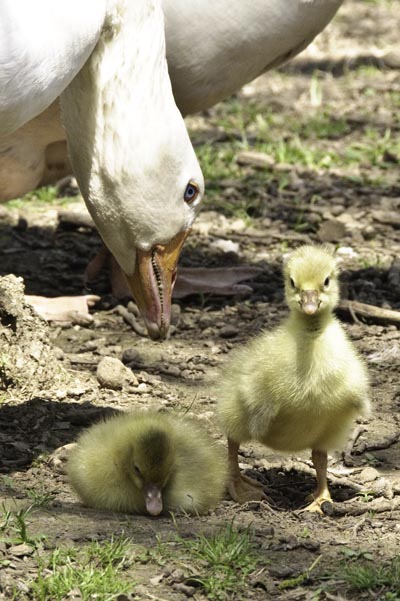 After a while, it was time for a nap.  Little legs get tired quickly. 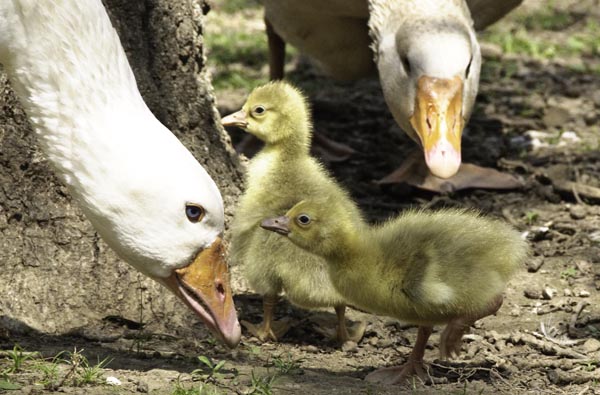 The nap lasted about two minutes.   Typical toddler, afraid of missing something, recharged and ready to go before the grownups had a chance to doze off.