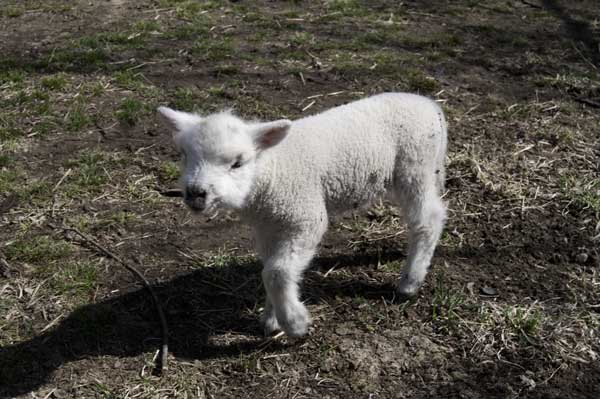 A year ago today, Tiny Bottle Lamb weighed about 7 pounds.  She still slept indoors in the playpen and followed me around outdoors like a puppy. 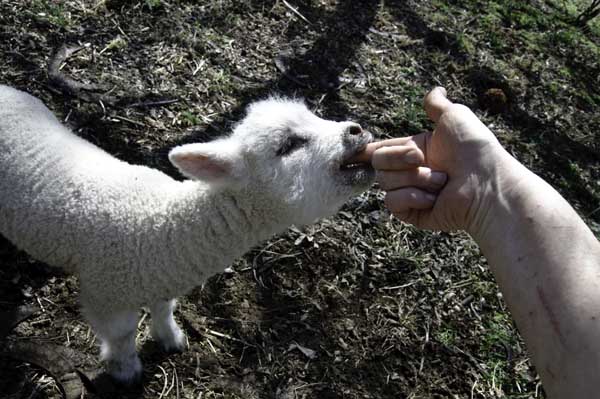 She still sucked fingers when she was hungry. 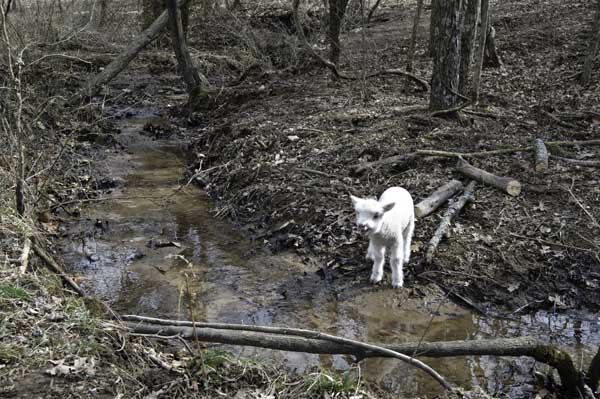 She hadn’t yet learned how to cross a creek, even a very little one. 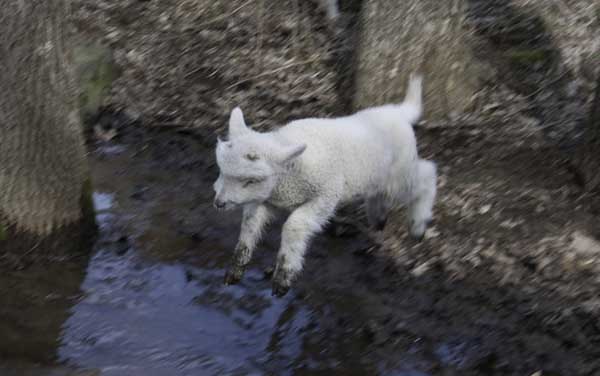 It took a week for her to master the art of creek leaping. 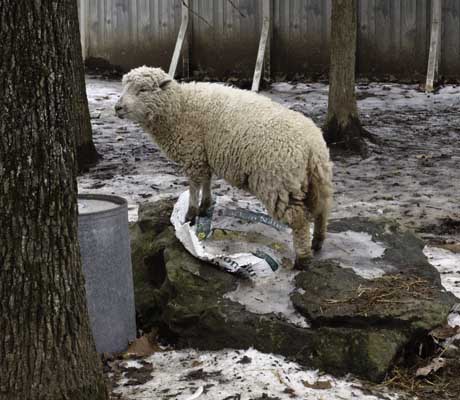 She’s still the smallest of the flock, but being short isn’t a problem for her if she can climb to a higher vantage point. 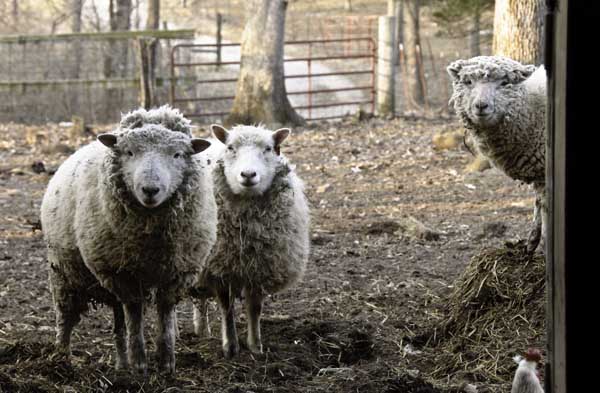 Tiny will climb on anything that makes her feel taller than her pesky brother and his snobby ewe friend who never plays with Tiny and won’t share the feedpan.  That’s her twin on the left, in case you hadn’t guessed that already.  He was twice her weight at birth, and I’m pretty sure he weighs twice as much now. 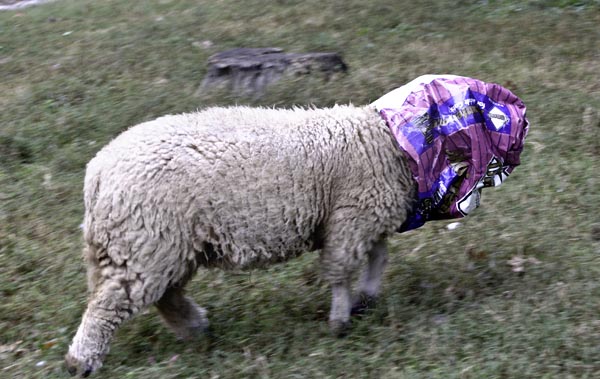 Tiny isn’t very smart, though.  Maybe that’s why the other sheep won’t play with her.