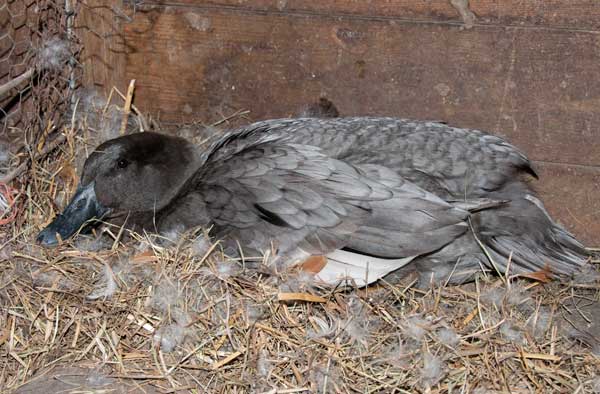 Everywhere I turn, there’s a nesting bird.  One of my favorite ducks chose a corner of the duck pen. She gathered hay from the sheep pen next door, added some downy soft feathers, and piled it all high near the spot where the other ducks lay their daily eggs.  I suppose she appreciates having company nearby for those few hours when the non-setting ducks pass through, deposit their eggs, then move on. 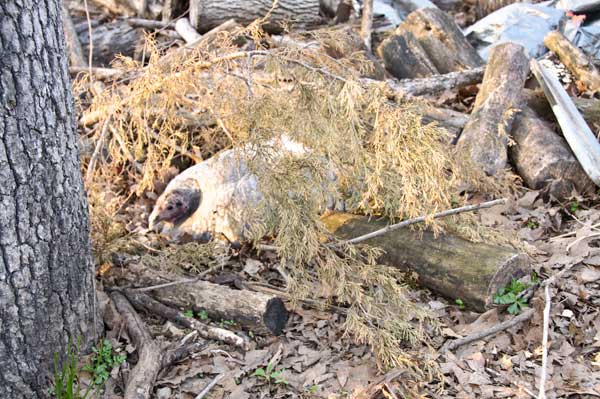 One Blue Slate turkey hen chose a spot at the edge of the woodpile beneath a cedar branch I’d tossed there after the last winter snowstorm.  The cedar looked a lot fresher when she started the nest.  She’s just a few feet from the driveway, but she never budges from her spot, not even for the rumble of the UPS delivery truck when it passes by her. 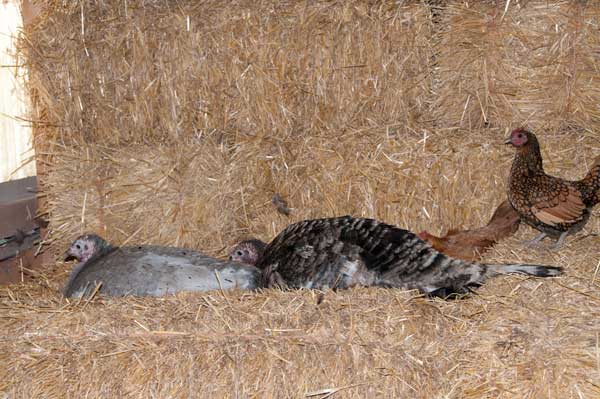 These two turkeys chose a quieter spot in the barn loft.  They’re equally steadfast in their nesting habit though. 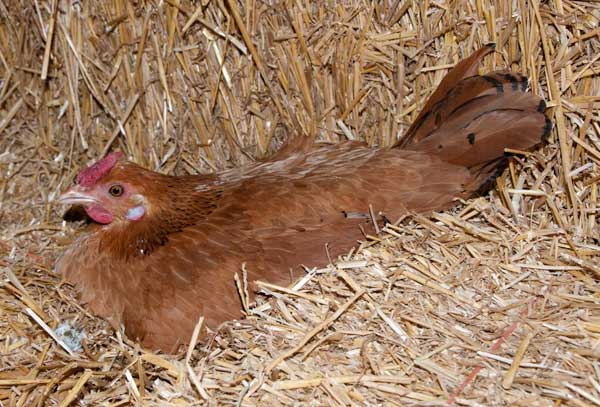 Nearby, a young banty hen.  This one, if I remember correctly, was one of last year’s chicks. 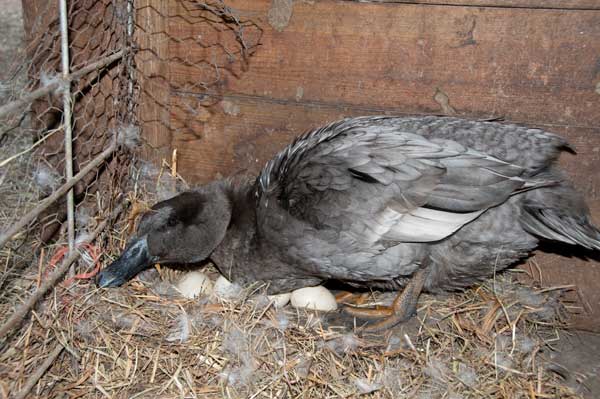 Now and then, I try to lift the birds a bit to check their nests.  Sometimes they let me.  Sometimes they protest.  Sometimes they cooperate the first time, and thereafter go into defensive mode when I approach.  Such is the case with the black-beaked duck, and she’s ever so careful of her eggs while she does so.  Notice how she’s planted her feet behind them so she doesn’t trample and crack them.  From this pose, she’s ready to reach out with that sturdy beak and pinch anything that dares reach for her eggs. 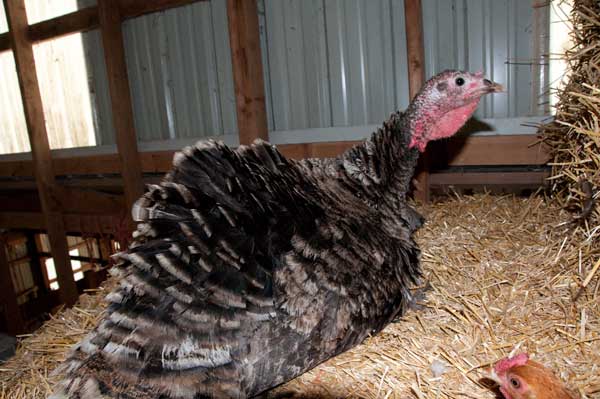 This turkey is less fearsome, but protective nonetheless.  I reach out my hand as I pass by, testing her.  Each time, her feathers rise on her back and neck, but she doesn’t peck me.  She’s one of last year’s incubator babies, and most likely mine was the first face she saw as a hatchling.  She doesn’t exactly fear me or see me as a threat, but she’d rather I didn’t bother her eggs, just the same.  And so she ruffles her feathers when I pass by, but answers my soft words with a quiet  ‘tut, tut.’