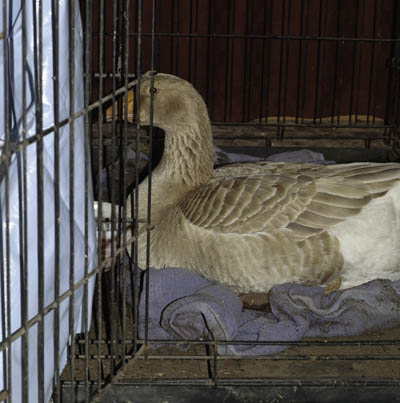 A few weeks ago, the sweetest of the young geese turned up lame.  She stumbled around and made pitiful sounds, so we prepared the big cage in the ‘hospital room’ and brought her in for rest and observation.   I suspected a pulled muscle from too much frolicking.   Two days of quiet with no racing the others to the creek or any other sort of frolicking did the trick.  And she laid her first egg there in the cage. 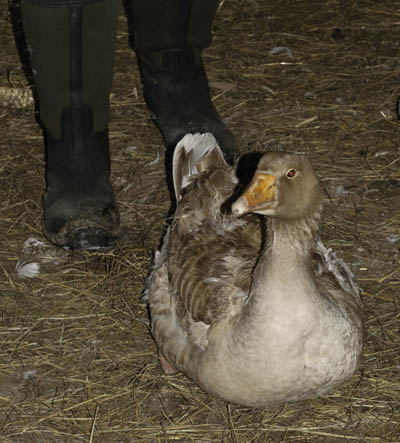 Two days with a goose caged indoors is enough.  We thought she smelled.  She thought we smelled.  By mutual agreement, we returned her to her flock in the barn.   Jessica carried her to the barn and set her down carefully in the hay — carefully because even the sweetest goose can panic and a spooked goose is dangerous to hold.   For a moment she just sat there and looked around, regained her bearings. 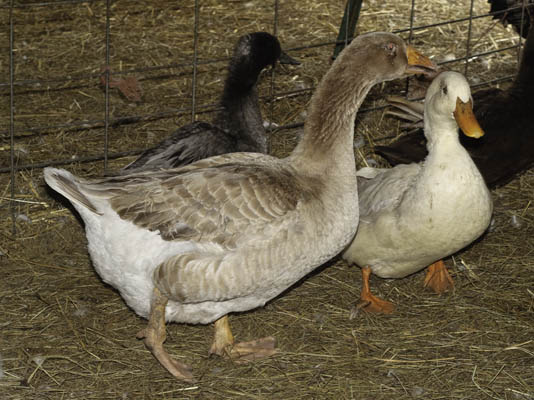 Suddenly she jumped up and ran as quickly as she could.  Under the gate, through the sheep stall . . . to freedom. 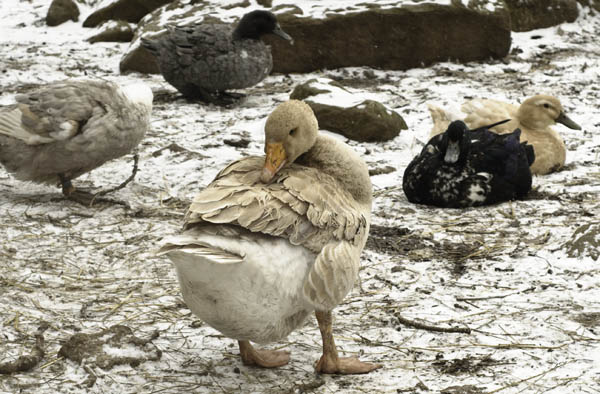 Once out in the barnyard, which was still covered with snow at the time, she paused.  She stretched.  She preened.  She carefully began to adjust her feathers and put everything back as it was before Jessica mussed them up carrying her. 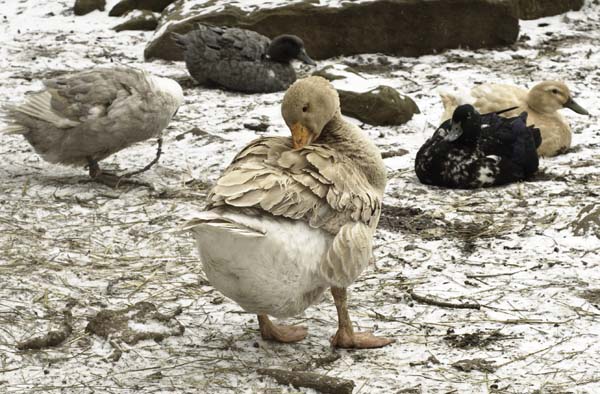 She preened and adjusted some more . . . 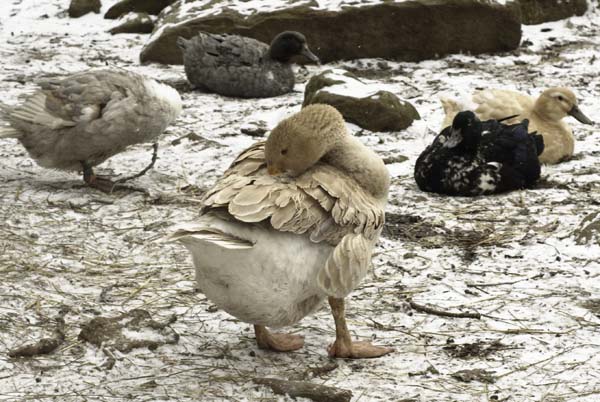 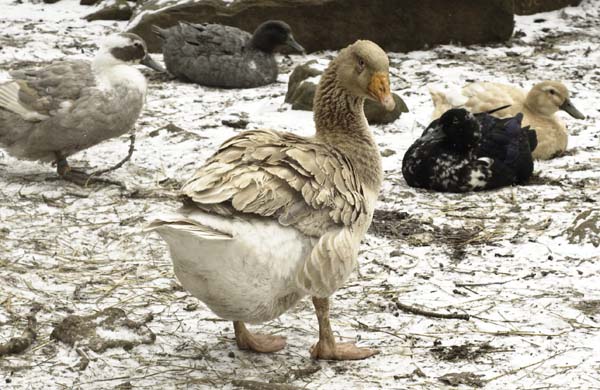 I don’t think I was her favorite person.   It apparently was my fault she was alone . . . 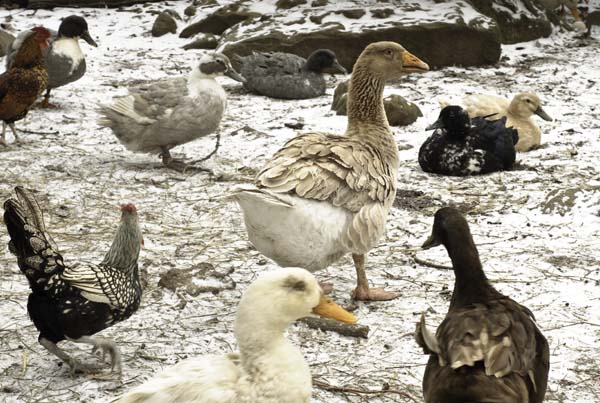 . . . so very alone without her flock of true friends. 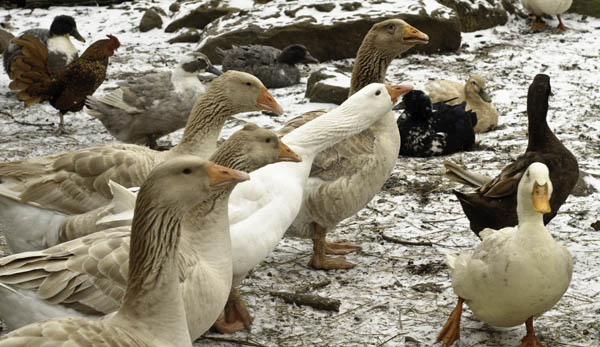 Then her flock found her. 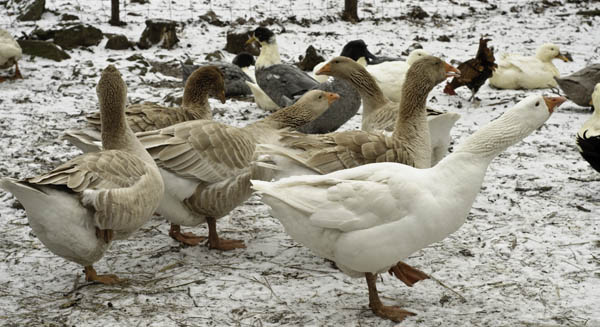 And there was much rejoicing.   The rejoicing went on and on and on.  Loud, raucous, joyful honking.  I’m pretty sure there was frolicking, too, though I didn’t actually see any. 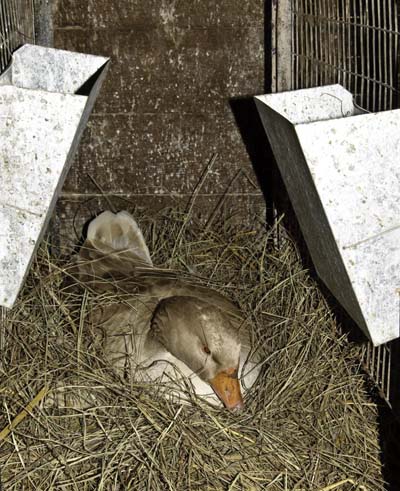 Now, weeks later, the frolicking’s over, and our sweet young goose has . . . umm . . . buns under her oven?  She’s been seriously nesting for several days now, and for a week before that, she and another young goose practice nested.  I’m not sure how many eggs she has under her, and it’s not a good spot for a quick, safe feel of the nest.  Like other geese in other years, she ignored the nesting spots in the main pen.  She stole hay from the rabbits’ hay racks and built a tall, stable nest for herself between two stacks of cages.  It’s a narrow space, protected on three sides by wall and wire, and on the fourth by her hissing beak.  Not that my sweet young goose would bite . . . much.

Look at that face.  She’s in the zone — serious nesting mode.   I think she’s settled in for the long haul.  Thirty days, on the nest.  That’s a long time to sit in one spot.