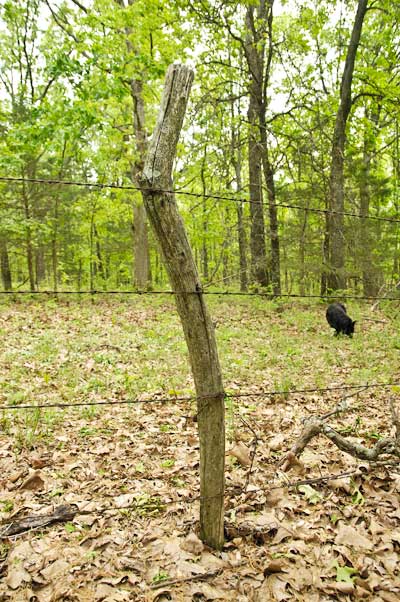 Old fences of hedge posts and rusted barbed wire mark some of the pasture boundaries here at the farm.  We have newer fences, too, some with metal posts and wire that’s maybe a decade old.  Others have been repaired and partly replaced as needed through the years, as is common on farms like this in places like this. 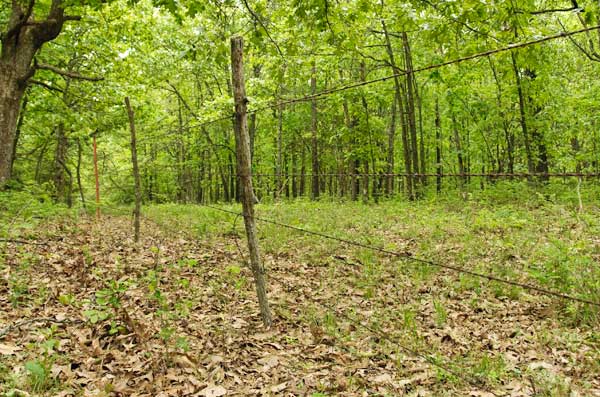 And then there’s the south boundary.  It’s decades old and well-weathered.  Most of the old hedge posts are still solidly set in the ground, but we’ve replaced a few here and there with metal posts.  I walked the boundaries of the back 40 yesterday.   I hope to move the cattle there this weekend, and I’d prefer they don’t go wandering through a hole in the fence.  I’m sure the neighbors would like that, too.

I love those gnarled, weathered posts.  Some are thick and solid, and some thin, but still solid.  They have character.  They have history.   Hedge posts can last fifty years or more, I’m told, and from what I’ve seen, they commonly outlast the wire that’s nailed to them.

Hedge posts are harvested from Osage Orange trees, which are native to this region.  The wood from the Osage Orange, also known as Bois d’Arc, may be called hedgewood, Osage Orange, or just hedge.  It’s a hard, dense, and heavy wood that’s also relatively disease resistant.   That makes it well suited for fenceposts.   Long ago, when the middle sections of the country were being settled, farmers planted Osage Orange trees in rows and let the thorny branches grow into a thick barrier — a living fence, per se.  In the natural course of things, hedge posts came to be used in the construction of fences, stools, tool handles, and of course, bows.

Actually, the bowmaking came first.  The Osage Indians, which frequented these parts in centuries past, used the wood for their bows, and in time the explorers, traders, and settlers learned how to make good use of the Bois d’Arc, too. 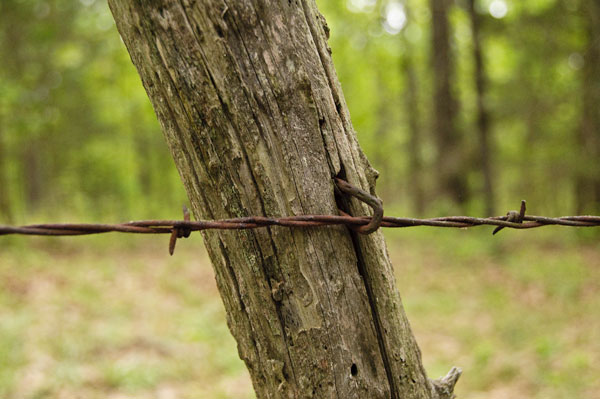 In my wanderings along the fencelines this week, I found just one hedge post broken off and leaning.  The above-ground portions are still hard as iron, though, with the fencing still firmly attached.  Craftsman and woodworkers sometimes use such posts to make rustic furniture, candle holders, and other country decor items.   I’ll probably just pound a metal post into the ground right next to the broken hedge post and wire the two of them together.  It’s a sturdier fix than trying to pull out the old staples without breaking the rusted barbed wire. 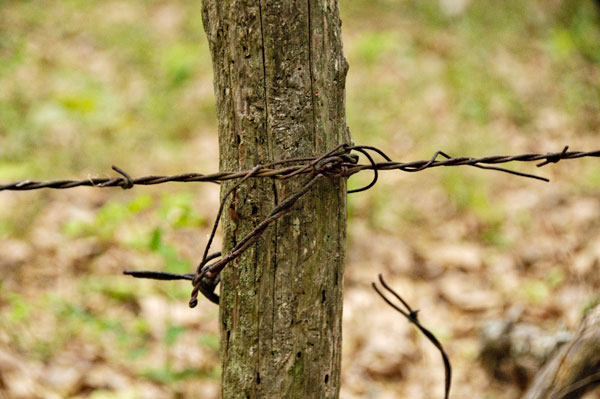 When repairing fencing, I prefer to wire things back in place whenever possible.  Hedge posts are as hard as they come — more like iron than wood, it seems.   I’ve battled those old posts before, tried nailing new staples into them and even cutting them off when they’re located where a fence is no longer needed.    From the looks of this post, generations of farmers before me fought that same battle and learned what I now know.  The hedgepost often wins.  Even when it doesn’t, the effort expended usually is exponentially greater than the benefits won.  So if the farmer isn’t tougher than the post, she needs to be smarter.

I like to think that on most days I’m smarter than a big stick of wood. 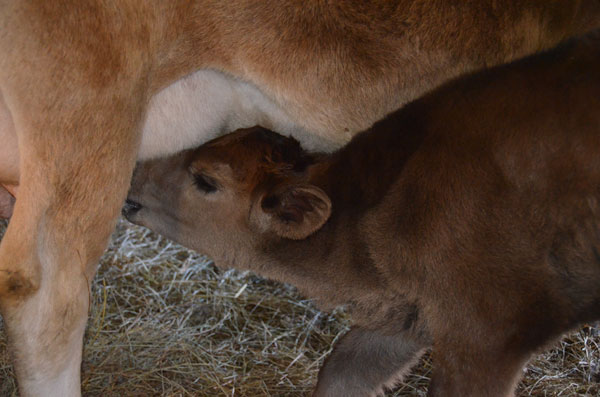 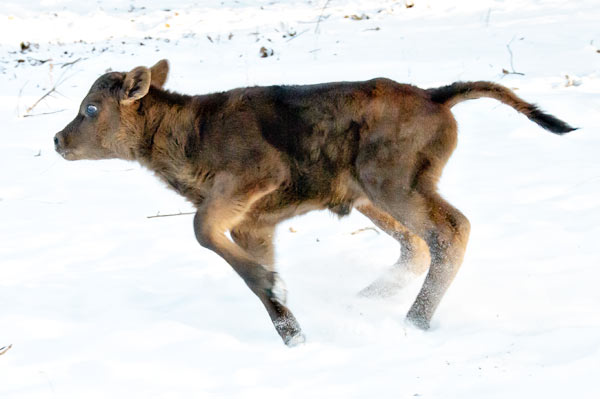