The nesting turkey hens occasionally fluff nesting materials over the eggs so they can slip out into the barnyard for a few minutes to stretch their legs, get a drink of water, maybe snack on some corn. 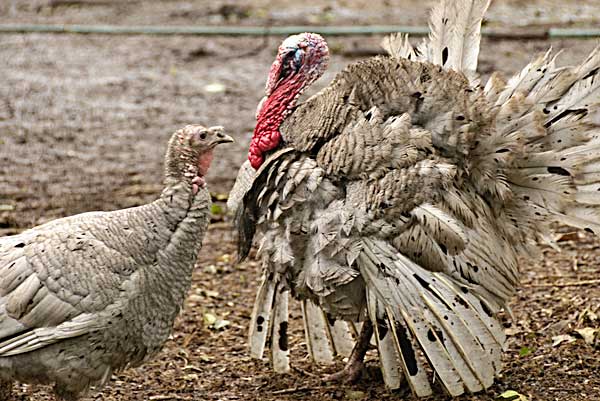 One pretty young turkey hen, walking alone, attracts a lot of attention from the the gang of guys loitering in the barnyard.  The toms all crowd close and display their feathers to best effect, which really isn’t impressive these days.  They’re molting.  And before the molt, there were all those weeks of fighting among themselves  and fighting over the hens.  What feathers they have left are tattered and bent.

The toms, apparently, still think they’re all fine-looking guys.  Every one of them perks up, fluffs his feathers, thrums, and fans his tail when that hen walks through.  He slowly turns so she can see every . . . er . . . marvelous side of him. 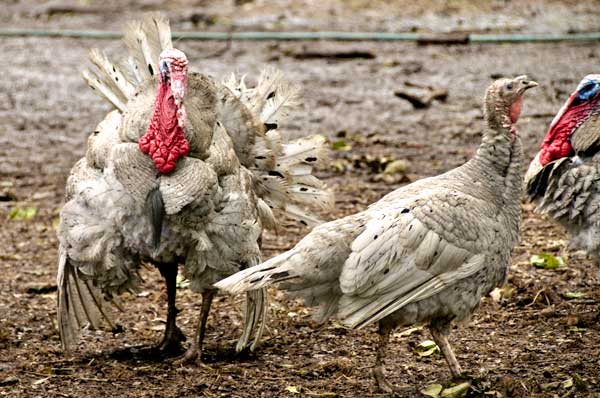 And there she goes with her nose in the air . . . not interested. 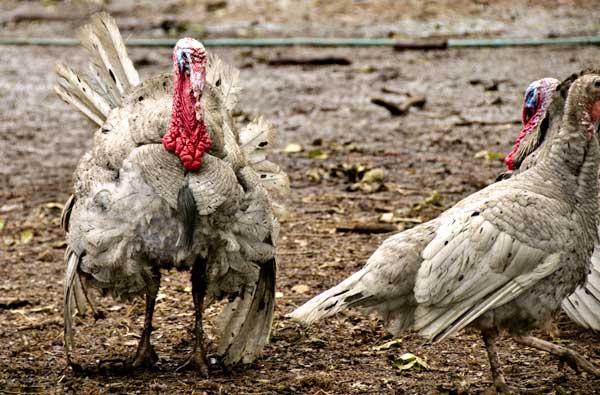 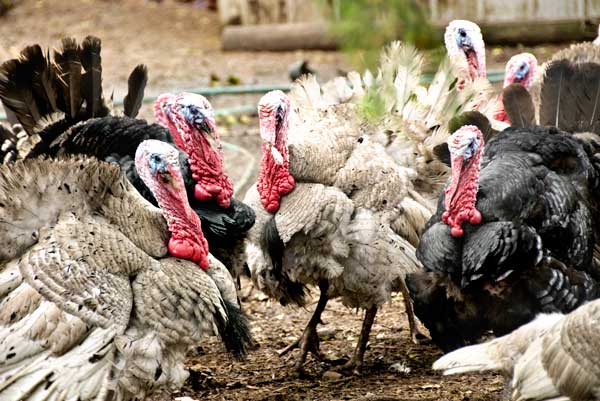 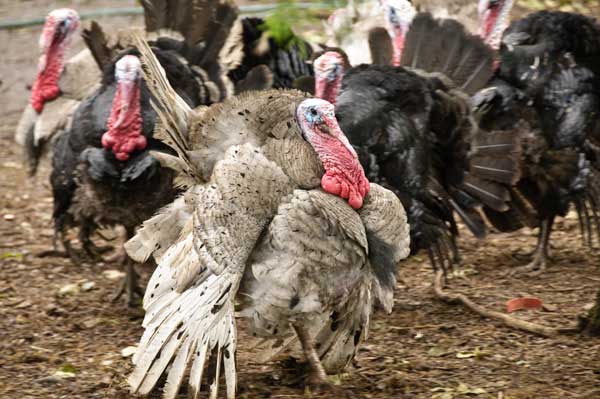 Watch and learn, boys!  Let a real tom show you how it’s done. 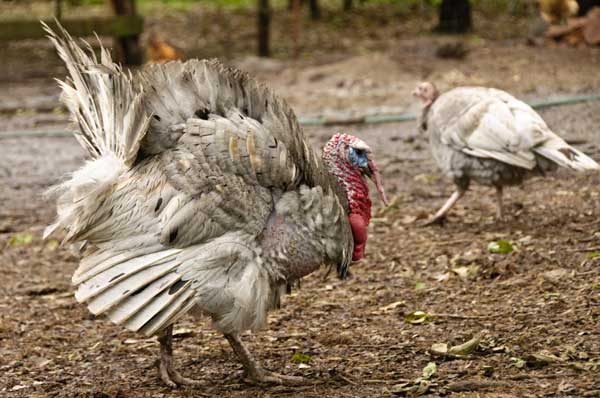 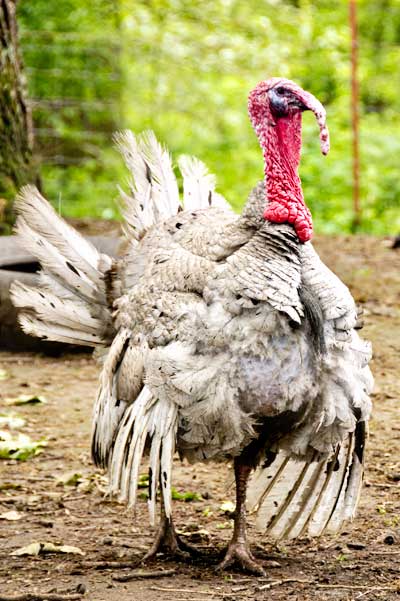 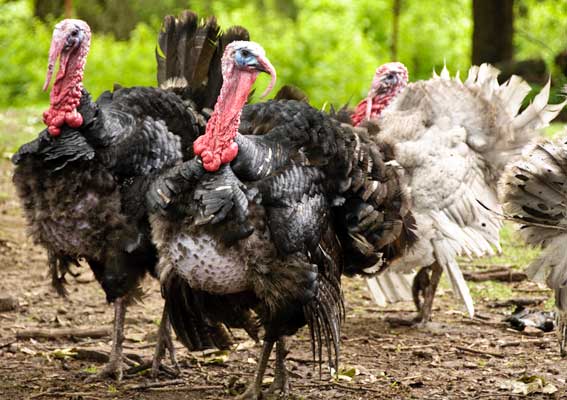