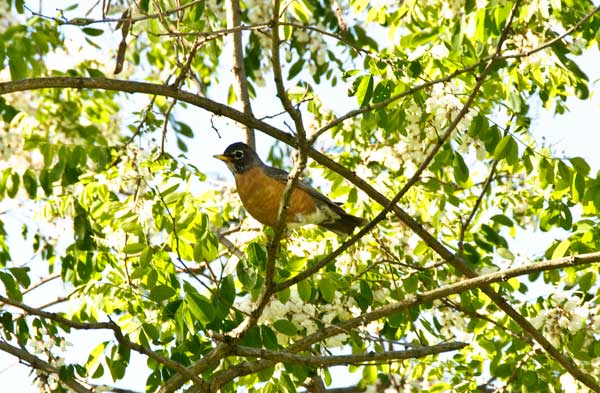 The robins really like these low branches in the black locust tree.  There’s a pair there most days, and most any time of the day. 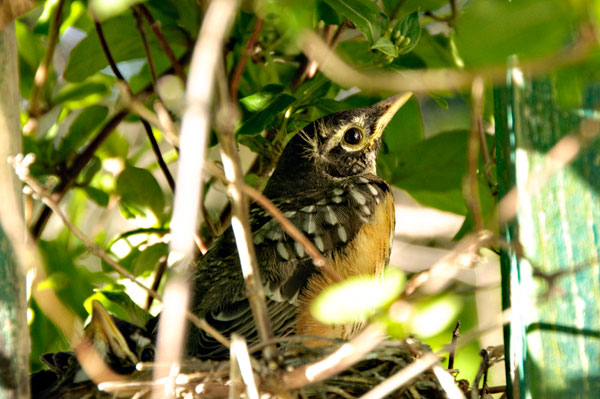 I suspect they’re keeping an eye on their nestlings.   If you look hard enough, you’ll spot the beak of a second robin nestling.  There’s a third hiding around the other side. 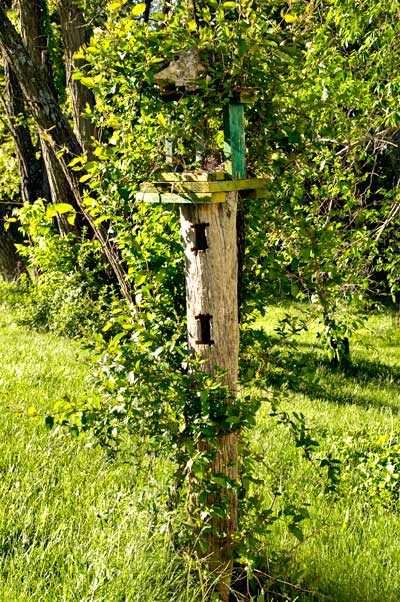 This particular nest delights me because the spot holds a lot of memories for me.  It’s not here at the farm but at a house where I used to live, and where members of my family still stay when they’re working in the area.  The wooden post caught my eye fifteen years ago.  We’d recently moved to this house and were taking down what was left of an old fence.  I particularly liked this solid old gatepost and talked the Genius Husband into relocating it outside the kitchen window.  A few years later, my daughter made a bird feeder to set on top. 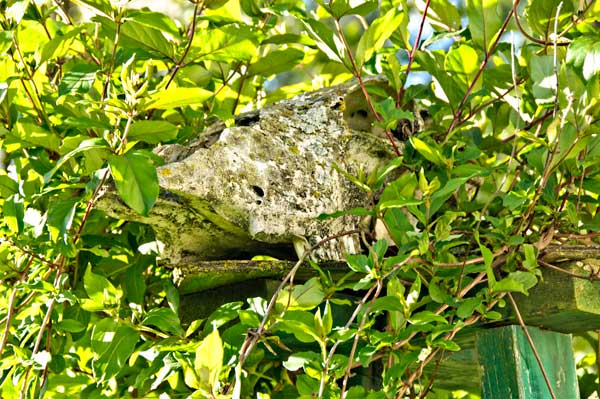 Time passed.  I planted a red honeysuckle vine at the base.  One of the dogs swiped a sun-bleached cow skull from a neighbor’s rock garden, and the kids stuck it atop the bird feeder.  The neighbor was amused and let us keep the skull.  More time passed.  The honeysuckle vine thrived and wrapped around the post, and moss grew upon the skull.    Birds nested in the feeder, and at last I discovered them, watched them, and then startled them enough that they burst into flight. 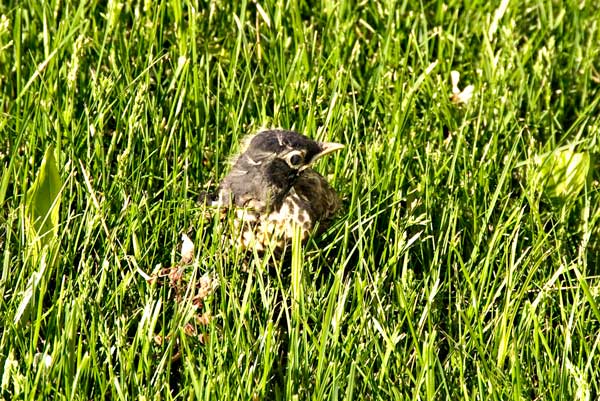 They were old enough to fly, but not practiced enough to control their direction.  This one had a relatively soft landing in the grass. 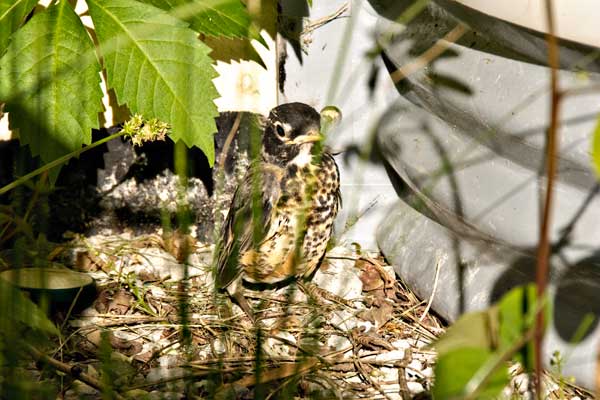 This one flapped its way through a bush and made it to the ground.   The third juvenille robin flew into the side of the house.

My guilt was overwhelming.  I scared a baby bird into flying into a wall.  I’d definitely failed the good birdwatcher test.  Feeling lower than dirt, I crept up close, trying to see whether it was injured.  I’m apparently a terrifying sight.  It flew away again, this time a bit more successfully. 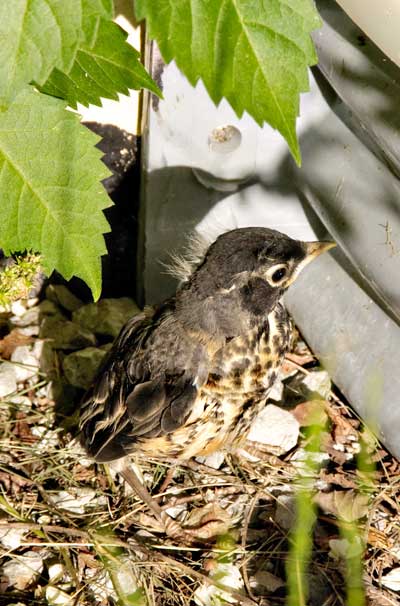 This one stared me down, then looked away.  Hmmm.  That’s not a good survival trait.

What’s odd is the parents didn’t seem concerned.  They didn’t flutter about screeching.  They didn’t dive-bomb me.   They just watched from their perches in the tree.  I suspect they wanted those nestlings to fly out of the nest.  What are the odds they’d been coaxing and cajoling all morning?  Do you suppose they were grateful I helped get the brats out of the nest and working on their flying lessons?

Or is that just my guilt talking?